The Young and the Restless (Y&R) Spoilers: Hilary Faking Her Own Disappearance on Honeymoon With Devon? 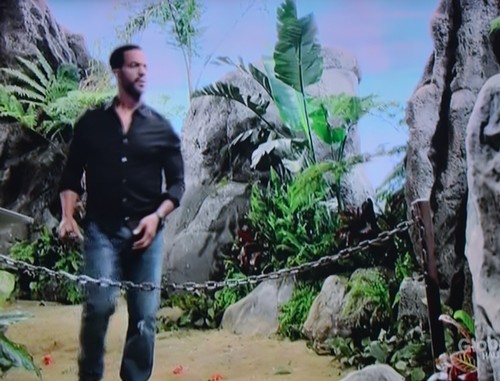 The Young and the Restless spoilers about Hilary Hamilton’s (Mishael Morgan) disappearance currently center on Devon Hamilton (Bryton James). There are a lot of rumors about Hilary’s disappearance but no one is quite sure what happened except that a woman’s scream was heard and Neil Winters (Kristoff St. John) stalked the newlywed on her honeymoon.

Since the day on Y&R that Hilary Curtis hit town she had plans to destroy the Winters family. The devious – but the innocent young woman wormed her way into their lives in order to exact justice for her mother Rose Turner’s death (Leslie Stevens). Ann/Hilary believed Neil was responsible for her mother’s death seven years before because they had spent a drunken night together and Neil left Rose alone in a hotel room where she died. Hilary, as Ann Turner, she went after the patriarch of the Winters family with a vengeance, going so far as to break into Neil’s apartment, steal his journal and post private entries on the Genoa City Buzz website.

Neil showed Hilary letters written by her father Gus Rogan (Tony Todd) to her mother and whatever was written in those letters made Hilary stop blaming Neil for Rose’s death. Hilary decided to stay in Genoa City and secured a position at Jabot, where Neil was also employed, as Jack Abbott’s (Peter Bergman) assistant.

While on an out-of-town business trip co-workers Neil and Hilary found themselves in a hotel room together and it looked as if there were some sparks between them, but Neil was already involved with attorney Leslie Michaelson (Angell Conwell). Upon Neil’s to Genoa City Leslie broke things off with Neil because she had married another man on the spur of the moment. Confused and broken-hearted, Neil turned to Hilary and they “fell in love” and married almost immediately.

What Neil didn’t know was that Hilary and his son Devon Hamilton (Bryton James) were already on their way to a passionate love affair. Eventually, the young lovers gave into their feelings and Devon slept with his father’s lady love. The problems snowballed from there. Neil lost his sight and Devon and Hilary continued their illicit affair. When Neil’s sight returned he found his son and his wife in bed together. That discovery ended Neil and Hilary’s marriage as well as his relationship with his son. Neil came around and forgave the lovers and Devon and Hilary married in the wedding of their dreams.

The newlyweds jetted off to the Virgin Islands where – after a surprise confrontation with Neil – Hilary ran off and a minute or two later Neil heard a woman scream. Devon is stuck in the Virgin Islands, a suspect in his wife’s disappearance, which is now a possible murder investigation.

That all said and done is Mrs. Hamilton – formerly Mrs. Winters – hiding out in hopes of an enormous payday? Has she conned both men – willing to say and do anything – in order to get a big chunk of Devon’s billionaire dollar fortune? After all, blackmail pays better than divorce, right?

Did Hilary worm her way into both father and son’s hearts and plan her own disappearance so it would seem as if one or the other of them “murdered” her? Before Hilary even arrived in Genoa City had she masterminded a plot to con Devon out of as much of his billions as she could get? Will the beautiful young bride secretly return, demanding a share of Devon’s fortune and in exchange she’ll “reappear” clearing Devon and/or Neil of murder charges. After all, Devon has paid out when blackmailed before! Just ask Colin Atkinson (Tristan Rogers) how much he swindled out of Mr. Hamilton!

The man who became a billionaire when his grandmother Katherine Chancellor died (the late Jeanne Cooper) will pay out whatever Hilary wants. They’ll get a quicky divorce, probably citing irresponsible differences, and Hilary will leave town, never to be heard from again. Father and son will commiserate over how the devious diva shattered both their hearts. Neil will forgive Devon and will truly be able to move on and have a relationship again.

After a quick exit, Hilary will still be out there somewhere ready to prey on her next victim. Will it be someone in Genoa City or will she be gone for good? Has Hilary been a con artist from the get go, saying and doing whatever it took to get her hands on a giant piece of Devon’s fortune? Sound off in the comments below! Come back to CDL often for more The Young and the Restless spoilers and updates.