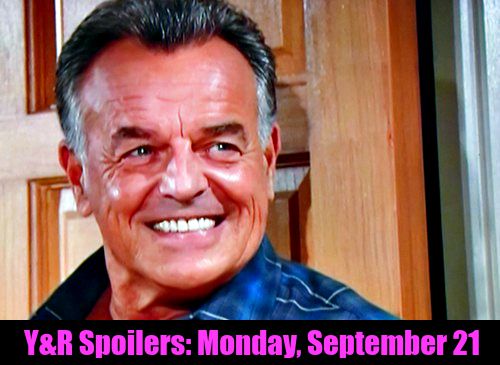 “The Young and the Restless” spoilers for Monday, September 21, tease that Dylan (Steve Burton) will give Paul (Doug Davidson) updates on what he learned from Neil (Kristoff St. John). Paul will suggest that Neil’s alibi checked out and it appears he wasn’t anywhere near Hilary (Mishael Morgan) at the time of her disappearance.

Dylan will indicate that he’s still pretty suspicious and he thinks Paul might be underestimating Neil. Talk will turn to Sharon (Sharon Case) checking herself into Fairview. The news will surprise Paul, but he’ll be glad that Sharon is committed to getting healthy for Dylan and their child. Paul will let Dylan know that Patty (Stacy Haiduk) is at Fairview as well.

Speaking of Patty, it looks like she’ll be happy to have Sharon around. Unfortunately, Sharon won’t be interested in being besties. Patty will say that prison was horrible and she’s thrilled that she was transferred. When Patty asks about Jack (Peter Bergman), Sharon will excuse herself. 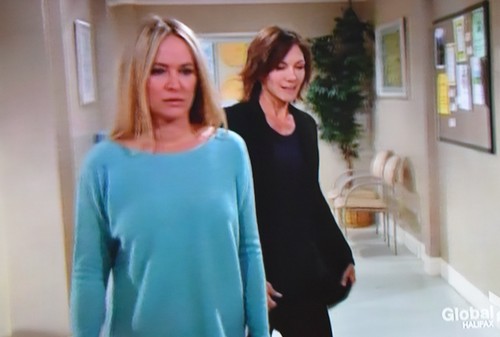 Sharon will attend a therapy session with her doctor and hint that her meeting with Patty has her on edge. It was a painful reminder of the past. The doctor will reply that Sharon is in a good place now and she should focus on the future. After her session, Patty will find Sharon and ask why she’s avoiding her. Sharon will snap back that she’s not there to make friends.

Other “Young and the Restless” spoilers reveal that Jack will tell Phyllis (Gina Tognoni) he’s not sure having dinner with “Fred” (Ray Wise) is the best idea. Phyllis will insist that Fred is a sweet man who’s lonely. They should show some compassion. Meanwhile, Adam (Justin Hartley) will meet with Ian (Ray Wise) in his camper. Adam will be outraged that Ian accepted Phyllis’ dinner invitation. Ian will imply that Adam should chill since he’s planning on backing out.

Later, Ian will call Phyllis to cancel and she’ll believe that it’s Gabriel’s (Justin Hartley) fault. Gabe must have done something. After Phyllis storms off, Jack will press Adam for information on Fred. It’s clear that Adam knows more than he lets on. In Fred’s camper, Phyllis will find a note that says they’ll see each other again and this is not the end. Phyllis will assume that Jack and Gabriel made Fred leave. When Phyllis confronts Jack, he’ll mention that Fred popped up around the same time as the Paragon Project.

Phyllis will brush off Jack’s suspicions, but he’ll indicate that Luca (Miles Gaston Villanueva) is in town courtesy of Marco (Peter Bergman). There are things going on behind the scenes and they can’t be too careful. Once Jack mentions Marco – Phyllis all of a sudden gets very afraid and starts to realize that maybe Mr. Fred isn’t exactly Mister Rogers! After all, Phyllis was raped by Marco and her consequent anger and fear are a permanent part of her mental landscape.

Back at home, Adam will talk to Ian on the phone and confirm that he left that camper in the woods. Adam won’t want Phyllis to come snooping around all the time. Ian will say yes and suggest that he’s not far. Adam will open his door to find Ian is his new neighbor across the hall. OMG! Adam should have left Ian in the woods, right? 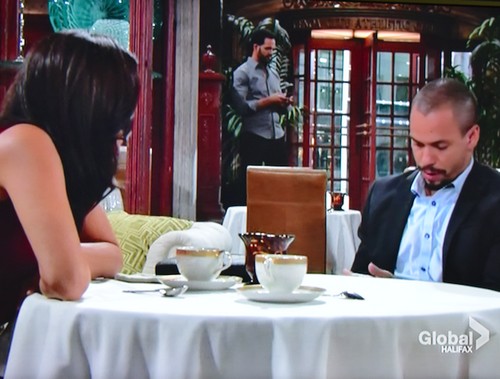 Devon (Bryton James) will inform Neil of the leads in Hilary’s case. Neil will reply that he’s pleased with the developments. Neil will also let Gwen (Nadine Nicole) know that he went to a meeting and talked to a sponsor. Gwen will be surprised that it took so little for Neil to get back on track. A short time later, Gwen will hint to Devon that something’s not quite right with Neil. It seems like Neil has a heavy heart.

Gwen will end up following Neil and seeing him go to the lake house. Gwen will call Devon and give him the news. Inside the lake house, Neil will once again urge Hilary to wake up. Suddenly, Devon will knock on the door and demand to know the truth. Neil is in a very tight spot. Y&R rumors say the walls will continue to close in. Will Neil finally get caught in his lies? Stick with the CBS soap to see if Neil’s plot will blow up.