The Young and the Restless (Y&R) Spoilers: Patty Spying on Sharon – Ian Alludes to Phyllis’ Disappearance and Death 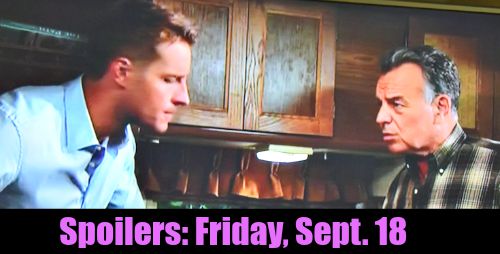 “The Young and the Restless” spoilers for Friday, September 18, are full of intrigue, plot news and not so veiled threats – Y&R teases that Jack (Peter Bergman) will wonder if Victor (Eric Braeden) could’ve had a hand in bringing Luca Santori (Miles Gaston Villanueva) to town. Victor will deny it, but he’ll say he recognizes the name. Luca comes from the powerful Santori family of Spain. Jack will worry about the threat Luca might pose, but Victor will assure him that he’ll handle it.

Victor will find Luca and Marisa (Sofia Pernas) talking in a suite at the athletic club. Victor will ask to speak to Luca privately and Marisa will agree. Luca will bring in a couple of henchmen and declare that he doesn’t like to do business alone. Victor will cut to the chase and ask what it’s going to take for Luca to leave. Luca will reply that Marisa is the only thing he wants. Victor will track down Marisa at the bar and suggest that she should find a way to get rid of Luca. 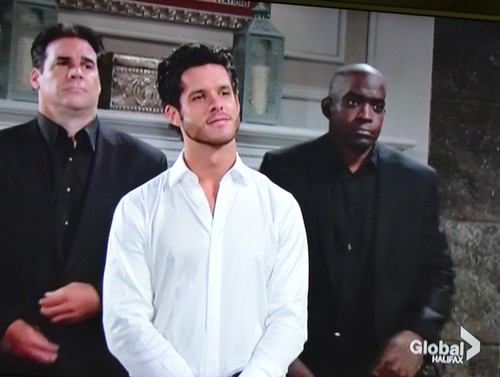 Meanwhile, Nick (Joshua Morrow) will learn that Sharon (Sharon Case) plans on checking into Fairview. Nick won’t be sure it’s a great idea considering all the negative history there, but Sharon will insist it’s the only mental health facility that can take her right away. They’ll inform Noah (Robert Adamson) and he’ll offer to give the news to Mariah (Camryn Grimes). At Fairview, Dylan (Steve Burton) will help Sharon get checked in. While Dylan speaks with a doctor, someone will watch Sharon from a distance. Y&R rumors hint that Patty Williams (Stacy Haiduk) might be the one lurking around.

Other “Young and the Restless” spoilers reveal that Victoria (Amelia Heinle) will urge Stitch (Sean Carrigan) to get Abby (Melissa Ordway) out of town for a while. Abby is becoming far too obsessed with work. Later, Stitch will pull a little trick on Abby and make her think she’s headed to a meeting in a suite. Stitch will set the mood with candles and wine. Abby will be surprised when Stitch wants to take her to Europe for a mix of business and pleasure. Stitch will insist it’s a great idea, but Abby will want to think it over. 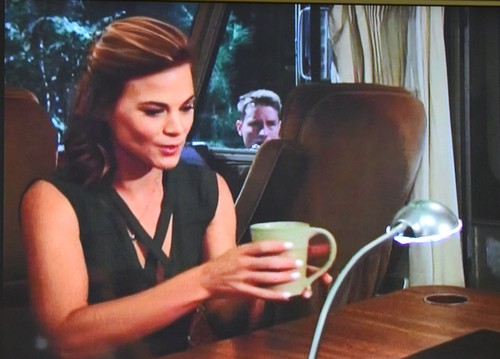 Adam (Justin Hartley) will spy on Phyllis (Gina Tognoni) and “Fred” (Ray Wise) outside the camper in the woods. Once Phyllis leaves, Adam will confront Ian (Ray Wise) about getting so close to Jack’s wife. Ian will say he appreciates the fact that Phyllis doesn’t know anything about his past. Adam will believe Ian needs to steer clear. Who knows what could happen if Phyllis finds out who Fred really is? Ian will suggest that he could just make Phyllis disappear.

Adam knows Ian is saying that he could kill Phyllis and dispose of her body if she learned of their secrets. Adam won’t like that kind of talk. Ian will reply that he was just joking and he’ll make a snarky comment about Delia’s (Sophie Pollono) death. Adam will shut Ian up and declare that whatever happens, they’re in this together.

Gabriel (Justin Hartley) will meet up with Jack and Phyllis to issue a subtle warning. When Phyllis talks about her interactions with Fred, Gabriel will say she should be careful. Phyllis will brush Gabe off and invite Fred to dinner. When they’re alone, Jack will wonder what Adam’s deal is. Adam will say they have to consider the threat and be on guard. It looks like Ian’s fondness for Phyllis could put the plan in jeopardy. Stick with the CBS soap for updates on the future of the Paragon Project.