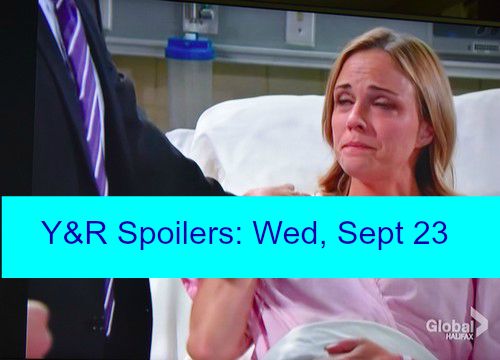 “The Young and the Restless” spoilers for Wednesday, September 23, tease that Ian (Ray Wise) will stir up even more trouble for the Newmans and the Abbotts. Victoria (Amelia Heinle) and Nick (Joshua Morrow) will be confused when a buy and sell order appears for Newman’s shipping line. Meanwhile, Ashley (Eileen Davidson) will be stunned to learn it’s up for grabs and the price is so low. Billy (Burgess Jenkins) will immediately click buy to complete the transaction. Ashley won’t be pleased that Billy acted so impulsively. A deal like that might be too good to be true.

Abby (Melissa Ordway) will arrive at Chelsea’s (Melissa Claie Egan) place and start ranting about Stitch (Sean Carrigan). When Abby gets emotional, Chelsea and Adam (Justin Hartley) will try to comfort her. Suddenly, Abby will get a text about the recent sale and she’ll head over to Newman Enterprises. Adam will tell Chelsea that he believes the Paragon Project is to blame for Newman’s debacle. 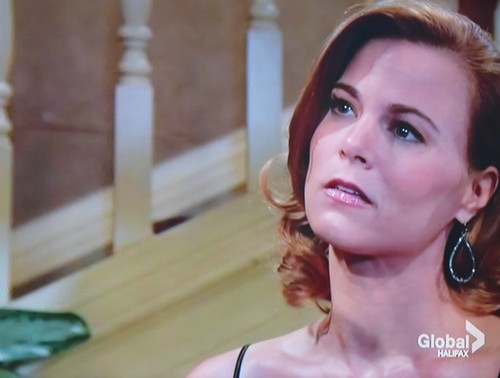 Other “Young and the Restless” spoilers say Phyllis (Gina Tognoni) will hint that Jack (Peter Bergman) may be right about “Fred” (Ray Wise) being shady. After all, Fred popped up just as the Paragon Project was coming in full swing. Jack will give Fred a call and ask him a few questions. Fred will reply that he was called out of town and was forced to cancel their dinner plans the other night. Jack will think Fred’s voice sounded familiar, but he won’t be able to place it. Phyllis will try Fred’s number a little later, but it won’t be in service any longer. It seems Ian has weaved a tangled web that might trip him up down the road.

Adam will meet with Ian and declare that he doesn’t want Jack to get hurt. Ian will insist that Adam needs to let go of his tender heart. Sacrifices must be made to get what they want. Once Adam leaves Ian, he’ll let Jack know about the sale. Jack will realize that the person behind the threat wants the Newmans and Abbotts to destroy each other. Kevin (Greg Rikaart) will give Adam and Chelsea updates on the super virus and indicate that there’s nothing they can do to stop it. They don’t even know who’s behind it yet. 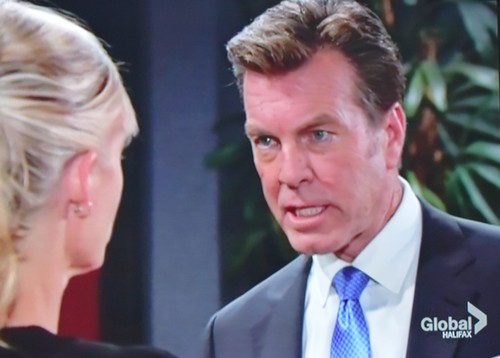 Victoria will spar with Billy and Ashley over the purchase Jabot made. Afterwards, Ashley will let Billy know that it was a good deal, but they’ll face some backlash. Jack will also have a major confrontation with Ashley. Despite Jack’s persistence, Ashley will refuse to sell the shipping line back to Victor (Eric Braeden) at cost. Ashley will add that Jack just can’t stand the fact that she’s in control of the company now. Y&R rumors hint that this simple sale triggered by Paragon will bring on the ultimate war.

Victor will try to help Sage (Kelly Sullivan) by calling an ambulance. Sage will shout that she doesn’t trust Victor, but he’ll assure her that he wouldn’t harm his grandchild. They’ll head to the hospital and Nick will rush over. Stitch will run tests to see why Sage keeps collapsing in pain and he’ll return with the results. It looks like Sage’s pregnancy could be at risk. Stick with the CBS soap to see what Stitch’s news about Sage will be.