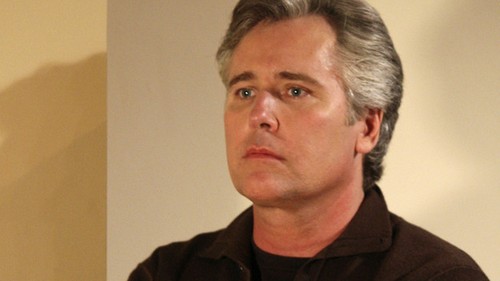 “The Young and the Restless” (Y&R) spoilers reveal that Dr. Simon Neville (Michael E. Knight) will arrive in town on October 15 and he has been hired to take care of Neil Winters (Kristoff St. John). By the way – Dr. Neville is a neurologist – an eccentric, highly intelligent rule-breaker.

Neurologists diagnosis and treat disorders and diseases of the brain, spinal cord, nerves and muscles. If Dr. Neville has been called in we’ll speculate that something more is going on with Neil’s brain that just a break with reality causing an extreme desire for revenge and his current irrational behavior. Maybe that electrocution did more than cause just temporary blindness or perhaps Neil has a disease?

In a recent interview Michael E. Knight explained that Dr. Neville will care for Neil, but that’s not to say he won’t be treating someone else in Genoa City. Eventually – we hope – someone is going to find Hilary Hamilton (Mishael Morgan).

Hilary  may have sustained injuries to her spine and brain after her fall from the cliff – it’s really not a good idea to move someone after that kind of fall – it can do more harm than good if they’ve sustained a brain, neck or spinal injury. Having been kept nearly comatose by Neil for weeks couldn’t have been helpful to the new Mrs. Hamilton’s brain. Who knows what drugs her ex-husband has been pumping into her for weeks?

Is it possible that the “Y&R” writers are headed in the direction of Neil being diagnosed with a brain tumor or a traumatic brain injury? His bitterness can be credited to the fact that his wife cheated with his son – who wouldn’t be bitter? But this has gone way beyond bitterness to the point of crazy behavior – way too far obviously.

We now have a tiny bit of information about why Dr. Neville has been brought to town – but we don’t know the whole story. Ashley Abbott (Eileen Davidson) could find herself wrapped up in a new romance. In addition to being highly-intelligent, Simon is described as cool and hilarious. This just may catch Ms. Abbott’s attention. It’s about time Ashley had a good man of her own. Let’s just hope Dr. Simon Neville is an eccentric rule-breaker in a good way – “The Young and the Restless” version of Dr. McDreamy perhaps?

Is Dr. Neville going to diagnosis Neil with a very serious illness or injury? Do you think he will also be Hilary’s doctor when she is found? What do you think about a traumatic brain injury storyline on “Y&R” is it believable? Voice your opinion in the comments below and don’t forget to come back to CDL for all your “The Young and the Restless” spoilers, rumors, updates and news!