The Young and the Restless Spoilers and News: Eileen Davidson Accused of Racism by Former Y&R Star Victoria Rowell

BY CDL Staff on June 22, 2015 | Comments: 5 comments
Related : Days of Our Lives, Soap Opera, The Young and the Restless 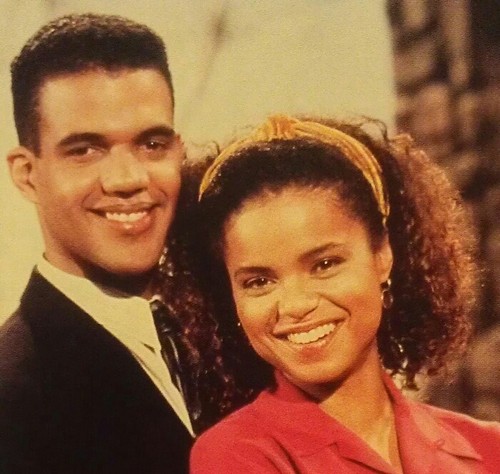 Eileen Davidson is racist – according to her former Y&R co-star Victoria Rowell. “The Young and the Restless” spoilers tease that there is just as much drama behind the scenes of the CBS drama as there is on-screen. Former Y&R actress Victoria Rowell has launched a social media campaign and even hired lawyers and tried to sue CBS and her ex co-stars, and has accused them of all being racist. Rowell has been relentless in her campaign, “Dru4Diversity” and determined to expose CBS executives and her former co-stars.

On June 20 Victoria attacked “Days of Our Lives” alum and current “The Young and the Restless” star Eileen Davidson on Twitter and accused her of being racist and a “ratings seeker.” Apparently Eileen Davidson tweeted a message about the racially driven shooting in Charleston that has been in the news, and she somehow managed to infuriate Victoria Rowell by doing so.

It all started when a Y&R fan saw Eileen’s post about Charleston and decided to call her out and ask the actress if she “fought against racism” on the set of “The Young and the Restless. Rowell seen the tweets and proceeded to lambaste Eileen Davidson on Twitter.

Rowell tweeted, “Good question. Don’t be fooled by faux outrage over race/economic inequality – some folks in corp settings do nothing to change paradigm.”

Obviously Eileen Davidson was as confused as we are right now, and she tweeted “Excuse me, what am I being accused of?” Bitter Victoria Rowell proceeded to call her former “The Young and the Restless” star an “interloper” and blocked her. Eileen laughed off the entire altercation, and seemed over all unfazed by Rowell’s accusations and outbursts.

In 2015 Victoria Lowell began a lawsuit against CBS and SONY and is accusing them of discriminating against her and other black actors and actresses, and listed some of her co-stars as being racist on the set of “The Young and the Restless.” Eileen Davidson is not the first soap opera star to be called out as racist by Rowell, she actually named Michelle Stafford and Melody Thomas Scott in her lawsuit with similar accusations.

Do you think that Victoria Rowell has a case against CBS and the cast of “The Young and the Restless?” Or is she only damaging any case that she did have by acting out on social media and behaving strangely? Do you agree with Rowell, was Eileen only pretending to care about the shooting in Charleston? Why would Rowell accuse Eileen of caring any less than anyone else who jumped on the disaster bandwagon? Isn’t that what celebs do – announce how much they care about sad events so we’ll like them and think they are like us? Picking on Eileen Davidson seems ridiculous and unfair when everyone from The US President on up commented on the Charleston shootings. Let us know what you think in the comments below!