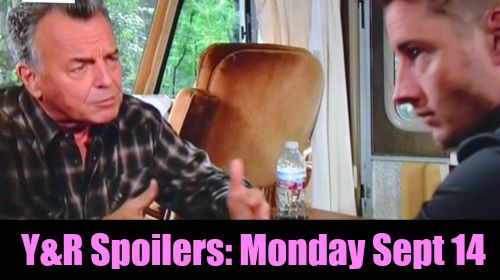 “The Young and the Restless” spoilers for Monday, September 14, tease that Sharon (Sharon Case) will make an excuse to go to her OB-GYN appointment alone. Sharon’s doctor will give her the news that she’s not pregnant, but she’ll let her know she shouldn’t worry. It’s just going to take some time. Sharon will insist that she doesn’t have time and she needs to be pregnant now. The doctor will suggest Sharon might need to talk to a psychiatrist.

Sharon will head to Crimson Lights and lie to Mariah (Camryn Grimes) about being pregnant. Mariah will fear that Dylan (Steve Burton) will realize the timing is off. Sharon will insist that it will work out. Later, Dylan will overhear a conversation between Esther (Kate Linder) and Colin (Tristan Rogers) about blackmail. Dylan will question Colin, but he’ll imply that Esther isn’t in her right mind. Sharon will encourage Dylan to go to Virgin Gorda to help out with the investigation of Hilary’s (Mishael Morgan) disappearance. 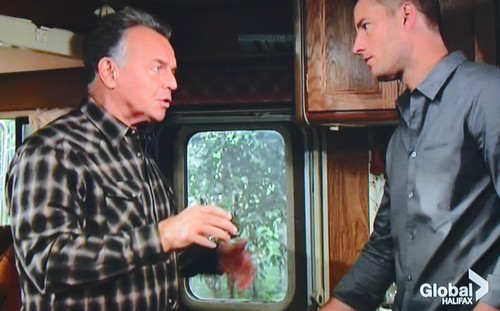 Meanwhile, Adam (Justin Hartley) will meet with Ian (Ray Wise), who’s concerned about what’s going on with Jack (Peter Bergman). Adam will say that being involved with Jack will help him be in the know. After all, knowledge is power. Adam will add that he’s not going to have a problem taking care of the Newmans and the Abbotts. Victor (Eric Braeden) will tell Jack that he has nothing to report on the Paragon Project, but Jack will think he’s holding out on him. Jack will call Adam and ask him to get to the bottom of it. Adam will relay the info to Ian, who will remind him that tanking Newman Enterprises will mean tanking all of the divisions. It sounds like Chelsea’s (Melissa Claire Egan) line will go down with the sinking ship.

Speaking of Chelsea’s line, she’ll learn there’s something funny going on with the sales numbers. They’ve suddenly increased dramatically. Abby (Melissa Ordway) will take credit for it since she just signed a deal with a major online search engine. Chelsea won’t like the name change Abby came up with and she’ll wonder how they’re going to meet the demand. However, Abby will encourage Chelsea to trust her on this.

Gabriel (Justin Hartley) will decide it’s time to have a chat with Kevin (Greg Rikaart). Kevin will tell Gabe that he knows that he’s digging into the Paragon Project for Jack and he’s doing the same for Victor. Gabriel will propose that they tell each other whatever they find so they can stop the threat. They’ll agree that it’s a deal. Later, Adam will talk to Chelsea at the athletic club. Chelsea will be thrilled about being the hottest designer on the Internet, but Adam will look worried. Chelsea will question why Adam isn’t excited for her. Adam will claim he’s just hesitant about Chelsea working with Victor. 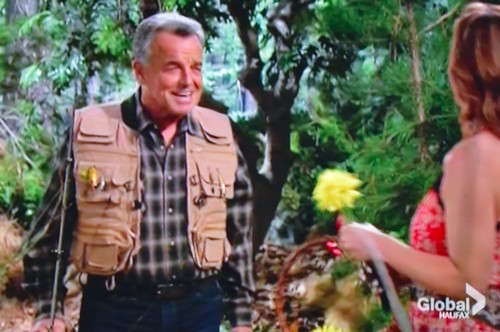 Other “Young and the Restless” spoilers reveal that Jack will leave the cabin early to handle things with Victor. Phyllis (Gina Tognoni) will stay behind for a night by herself. While she’s out gathering flowers, Phyllis will run into Ian again and invite him over for dinner. Ian will accept and say he can cook the trout he just caught. Ian will tell Phyllis that she can call him Fred. It appears Ian might try to use Phyllis to keep tabs on Jack.

Jack will want updates from Victor, but he won’t have much luck. Victor will be adamant that there was no hack, but insist he’ll keep Jack posted. It seems Jack and Victor just don’t trust each other, but that’s really no surprise. Y&R rumors hint that an epic battle is brewing. Will Jack and Victor be able to protect their interests from the growing threat? Stick with the CBS soap to see what the future holds for the Newmans and the Abbotts.

An alliance stirs up an epic battle while the walls close in for a certain Genoa City resident. Don’t miss @YoungAndRestlessCBS this week! #YR