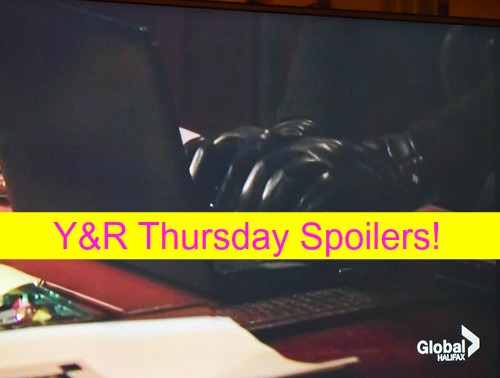 “The Young and the Restless” (Y&R) spoilers for Thursday, October 29, tease that Hilary (Mishael Morgan) will be frazzled as she tries to track down Devon (Bryton James). Cane (Daniel Goddard) will find Hilary in the park and declare that he’s going to get her some help.

Unfortunately, Hilary will disappear when Cane turns his back to make the call. Paul (Doug Davidson) will show up with Devon and Lily (Christel Khalil) a short time later. Devon will think this is all just a stunt Cane pulled to make himself look innocent. Paul will tell Cane that he needs to stay in town.

At the lake house, Neil (Kristoff St. John) will be concerned since Hilary hasn’t been seen in 24 hours. Dr. Neville (Michael E. Knight) will return, but he won’t have any real news to report. They’ll try to think about where Hilary might go.

Neil will suggest that Hilary would look for Devon at the athletic club and he’ll head over. Once he arrives, Neil will get updates on the Hilary sighting in the park. Neil will question Cane about what happened. Cane will be puzzled about Neil’s belief in his innocence. Neil will assure Cane that he knows he’s not the guilty party. 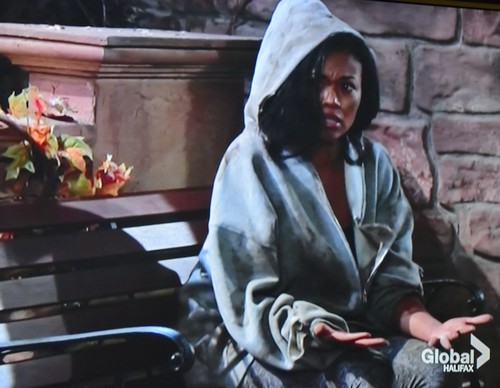 Other “Young and the Restless” spoilers say Kevin (Greg Rikaart) will try to help Victor (Eric Braeden) and Jack (Peter Bergman) become a team. At Newman Enterprises, Kevin will insist they need to work together if they expect to stop the Paragon virus.

When the lights flicker, Kevin will head to the electrical room to check things out. Nikki (Melody Thomas Scott) and Phyllis (Gina Tognoni) will notice the flickering as well. They’ll be preparing for the Halloween gala at Top of the Tower. Kevin will decide everything seems fine, but later someone all disguised will connect a laptop in the electrical room. This mysterious figure will also sneak into Victor’s office to override the security system on his computer as well as steal an invitation the Halloween Gala! 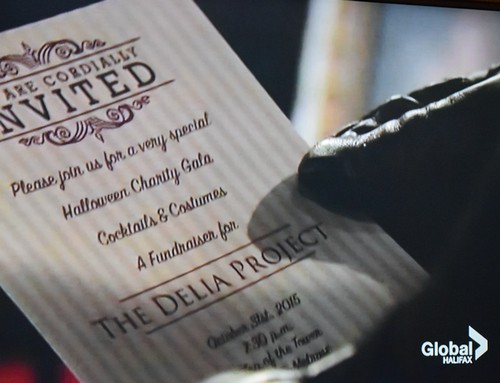 At the hospital, Chelsea (Melissa Claire Egan) will fill Adam (Justin Hartley) in on the craziness with Chloe (Elizabeth Hendrickson). Adam will understand why Chloe felt the need to get vengeance. Adam will tell Chelsea that he can’t feel his legs, but the doctor will say it’s just because of the drugs he received before surgery. The paralysis is only temporary. Is this the terrorist responsible for the Halloween Gala fire and explosion? 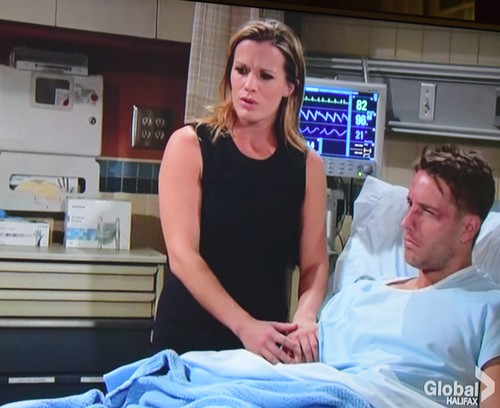 When Chelsea leaves the room for a minute, Victor and Jack will stop by to see Adam. Jack will mention that Victor made sure Chelsea could be by Adam’s side. Victor will declare that the sentence was too harsh and this isn’t the end. Once Chelsea returns, she’ll shoo Jack and Victor out. They’ll depart and Adam will suggest that Chelsea should go to the gala. 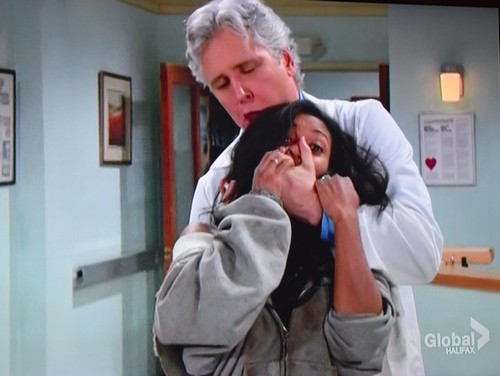 Nearby, Gwen (Nadine Nicole) will see Hilary and she’ll try to whisk her away. Emma (Alice Greczyn) will show up and Hilary will wander off again. Dr. Neville will run into Hilary and promptly sedate her. Y&R rumors hint that Neil will have trouble controlling the eccentric doctor he brought into this mess. Stick with the CBS soap to see if Neil can stay in control of the situation.