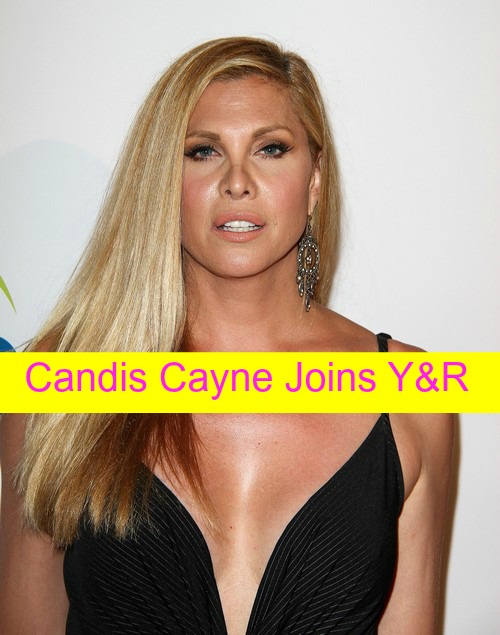 “The Young and the Restless” (Y&R) spoilers tease that the CBS soap is hoping to bring some diversity to Genoa City. Candis Cayne, a transgender advocate and actress, will be joining the show as a guest star. Cayne previously starred on the primetime soap, “Dirty Sexy Money,” but this will be her first appearance on a daytime drama. Caitlin Jenner also happens to be one of Cayne’s good friends.

In an interview with People, Cayne seemed delighted to have snagged her sudsy new gig. Cayne said, “I am incredibly excited to join ‘The Young and the Restless’ family! Everyone, from the casting team to the producers and network executives, have been so welcoming and gracious. I look forward to working with the wonderful cast and crew, and I hope the viewers enjoy my character.”

Beginning December 2, Cayne will be playing the part of a wedding planner named Nora Richards. That description has grabbed the interest of soap fans. Who will be the lucky couple Nora be planning a wedding for? Could we possibly expect Caitlyn Jenner to drop by for a cameo!

So Y&R fans, what do you think about the news that Candis Cayne will guest star as a wedding planner? Will Nora put together a fabulous ceremony for the happy couple? Are you interested in seeing more actors and actresses from the transgender community on your favorite soaps? Let us know what you think in the comments below and don’t forget to check CDL often for the latest “Young and the Restless” spoilers, rumors, updates and news.