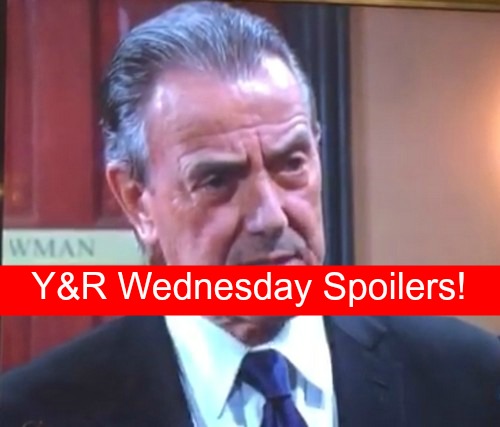 “The Young and the Restless” spoilers for Wednesday, December 23, tease that Lily (Christel Khalil) will be surprised by Cane’s (Daniel Goddard) suggestion. The preview video shows Cane saying maybe he should come over and stay the night. It seems Cane has decided to put his tiff with Lily aside for the sake of his children.

Lily wants to give the kids one last Christmas as a family. In order to do that, it will be best if Cane spends Christmas Eve at home. That way they can all be together when everyone wakes up. Of course, there’s a good chance that Lily and Cane will reconnect during the holiday festivities.

Meanwhile, Dr. Neville (Michael E. Knight) could start to get a clue about Ashley’s (Eileen Davidson) condition. When Ashley grimaces and grips her head in pain, Dr. Neville will take notice. The doc will ask if Ashley is all right.

Y&R viewers know that Ashley certainly isn’t OK and that’s obviously why she’s involved in this project. Will Dr. Neville’s groundbreaking research help Ashley regain her health? Time will tell, but Dr. Neville probably won’t rest until he can put his brilliance on display once again.

Other “Young and the Restless” spoilers reveal that Victor (Eric Braeden) will have a major outburst. Victor will shout, “You’re no longer welcome at Newman Enterprises!” Luca (Miles Gaston Villanueva) will snap back that the Santori family has a deal, but Victor will indicate that he doesn’t care about the Santoris. He’s talking about his grandson.

Noah (Robert Adamson) will frown as Victor barks orders. It sounds like Victor means business. In reality, this is likely just Victor’s attempt to put on a show. We have to remember that the plan is to use Noah to bring down Luca and get rid of the Santoris’ involvement at Newman. Stick with “The Young and the Restless” to see how this plot will turn out. Can you imagine that using Noah as Newman’s secret weapon can possibly work out well?

So Y&R fans, what do you think about the news that Cane will be spending the night at home? Could this pave the way to reconciliation with Lily? Will Dr. Neville get updates on Ashley’s condition? Will

Victor manage to scheme his way out of business with the Santori family? Let us know what you think in the comments below and don’t forget to check CDL often for the latest “Young and the Restless” spoilers, updates and news.