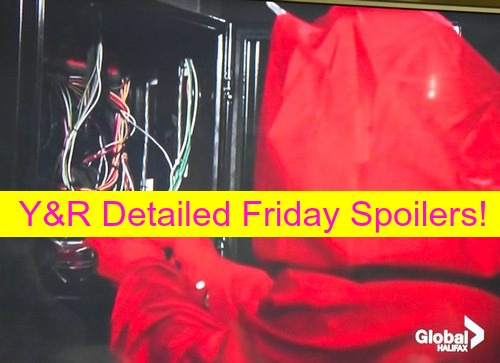 “The Young and the Restless” (Y&R) spoilers for Friday, October 30, tease that there will be major developments in Hilary’s (Mishael Morgan) storyline. At the lake house, Gwen (Nadine Nicole) will arrive and tell Neil (Kristoff St. John) she saw Hilary at the hospital. Dr. Neville (Michael E. Knight) will return and indicate that he couldn’t carry Hilary back with him. Instead, Dr. Neville sedated Hilary and now he’s ready to leave town.

Neil will fear that Dr. Neville has done serious damage to Hilary. Dr. Neville will suggest that his methods are revolutionary, but other people might not see it that way. After Dr. Neville departs, Gwen will tell Neil that they should leave town as well. Neil will insist that he has to clear Cane’s (Daniel Goddard) name. Gwen will vow to help Neil sort this mess out.

Other “Young and the Restless” spoilers say Emma (Alice Greczyn) will find an unconscious Hilary in a hospital room and she’ll grab Stitch (Sean Carrigan) to check her out. Hilary will briefly open her eyes and Stitch will assure her that she’s in good hands. Stitch will tell Emma to get in touch with Paul (Doug Davidson). 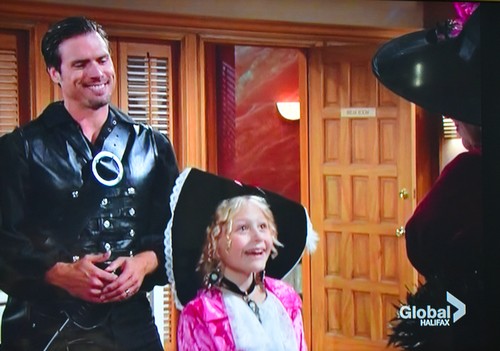 At the police station, Devon (Bryton James) will be upset by Cane’s recent claims. Devon will think Cane just wasted their time when he said he saw Hilary in the park. Paul will listen as Devon tearfully admits he believes Hilary is dead. Dylan (Steve Burton) will decide to have a chat with Cane at the athletic club. Dylan will let Cane know that he’s on his side and Cane will give him updates on his encounter with Hilary. Later, Paul will call Dylan and give him the news that Hilary has been found.

Back at the hospital, Devon and Paul will rush in. Stitch will warn them that Hilary can’t communicate yet. They need to bring her back slowly. When Cane and Dylan show up, Devon will start ranting again. Devon will wonder where Cane’s been keeping Hilary and who’s been watching her. Cane will get fed up and leave.

Paul will try to question Hilary, but she’ll get worked up. Hilary will say she wants to see her husband and Devon will come to her. Hilary will tell Devon to stay away. Neil will walk in and Hilary will pull him close for a hug. It looks like Hilary thinks she’s still married to Neil. Dr. Neville’s treatment has apparently caused amnesia.

Meanwhile, everyone will start arriving for the gala at Newman Enterprises. While the kids prepare for a parade, Nikki (Melody Thomas Scott) will urge Nick (Joshua Morrow) to get Sage (Kelly Sullivan) out of the hospital for a while. Nikki will think the party would be good for Sage. Nick will call Sage and try to convince her to come. 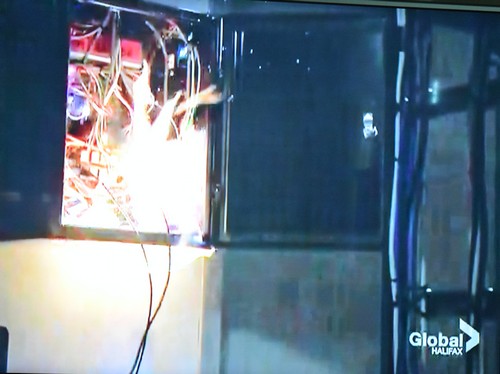 Faith (Alyvia Alyn Lind) will spot someone in a devil costume and start screaming. The mystery man or woman will dash off. Later, someone will appear in a similar costume, but it’ll turn out to be Joe (Scott Elrod). While Kevin (Greg Rikaart) and Mariah (Camryn Grimes) help out with the children, Abby (Melissa Ordway) will talk to Victor (Eric Braeden) about her engagement.

Chelsea (Melissa Claire Egan) will chat with Nick about Adam (Justin Hartley) until Sage shows up. Sage and Chelsea will laugh about the similarity of their costumes. They’ll both be wearing pink scrubs.

The masked villain will watch the party proceedings and eventually head to the electrical room. He or she will cut the wires and the flames will begin. Y&R rumors hint that we’ll lose several Genoa City residents in the raging fire. Stick with the CBS soap to see the explosive scenes that lie ahead.