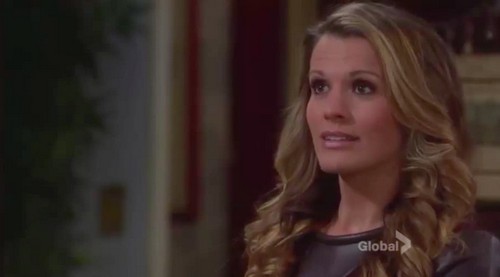 “The Young and the Restless” spoilers for Thursday, March 26, hint that Victoria (Amelia Heinle) will open up to Billy (Burgess Jenkins) about her feelings. Both Billy and Victoria have been struggling to move forward in their current relationships. The pair will bond over the fact that they don’t always know the right things to say. Victoria will admit that she wants Billy to have a happy life, but she thought it would be with her instead of Chelsea (Melissa Claire Egan). Billy will regret the mistakes he’s made and Victoria will let him know that he’s the best friend she’s ever had. The rumors say that Victoria and Billy’s friendship could blossom into romance once again so Y&R fans will want to stay tuned.

Meanwhile, Gabriel/Adam’s (Justin Hartley) plans to grow closer to Chelsea could hit a snag. While Chelsea and Gabriel are stuck in the car, he’ll continue grilling her about Adam. Gabriel will say that he’s pretty sure what she had with Adam was different than what she has with Billy. Chelsea will get angry and accuse Gabriel of being jealous. Gabe will say that it’s true because his own marriage is a joke. Chelsea will try to get out of the car and walk home, but Gabriel will grab her arm to stop her. 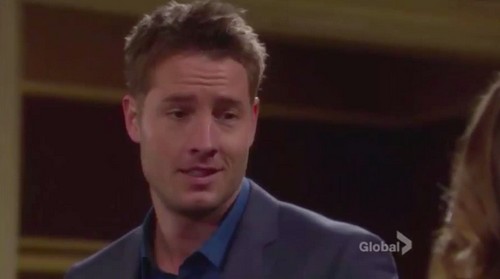 Chelsea will say that Gabe is not her husband and he’ll apologize. Gabriel will explain that Chelsea’s special because she’s the only one who knows the ugly truth about who he is and what he wants. Later, Chelsea will return home and tell Billy that she’s been reminded her how much she loves him. However, now it seems Billy will be the one saying there’s no need to rush their marriage. It sounds like things are about to get pretty complicated for Chelsea in the coming weeks.

Other “Young and the Restless” spoilers tease that Sharon (Sharon Case) will go to The Underground tell Nick (Joshua Morrow) about the terrible things she said in Austin’s (Matthew Atkinson) documentary. Unfortunately, it looks like Nick will be a little busy. Sharon will walk in on Nick and Sage (Kelly Sullivan) in bed together. Sharon will confront him about sleeping with a married woman, but Nick will say it’s none of her business. Sharon will leave without telling Nick the news about her involvement in Austin’s expose. Of course, Sage will gloat to Adam about her little romp in the sheets with Nick. Sage will suggest that Adam tell Chelsea and maybe she’ll let him cry on her shoulder. 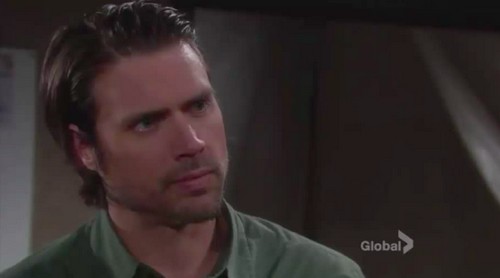 Dylan (Steve Burton) and Noah (Robert Adamson) will discuss the possibility that Sharon is off her meds. Mariah (Camryn Grimes) will defend Sharon and say that even if she is, it wouldn’t make her homicidal. Summer (Hunter King) will pipe up that Sharon is certainly capable of bodily harm. However, it looks like the gang will learn something else about what happened the night Austin was killed. A time stamp will show Kevin (Greg Rikaart) that most of Austin’s files were deleted while they were all unconscious at the cabin. Later, another clue will emerge.

Dylan and Sharon will see a mirror message written in lipstick that reads “I know the truth and so do you!” Could Sharon have been the one who killed Austin? The rumors say that Sharon will play a big role in this storyline so stick with Celeb Dirty Laundry for updates as the murder mystery unravels.