The Young and the Restless Spoilers: Avery Learns Joe Walks – Gabriel Becomes a Pawn in Marco and Victor’s Struggle for Control 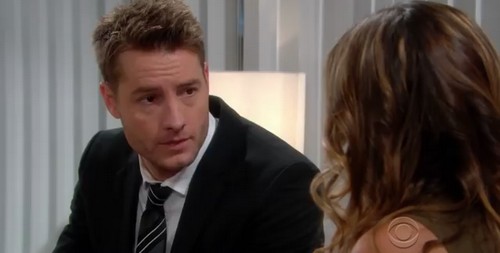 “The Young and the Restless” spoilers tease that June 1 – 5 will be an exciting week of drama on the CBS soap and rumor has it Y&R fans will not want to miss a single episode of all the action. Y&R fans have been waiting for months for Gabriel’s true identity to be revealed, and everyone in Genoa City to learn that Adam Newman (Justin Hartley) is alive and well. According to “The Young and the Restless” spoilers, Victor Newman (Eric Braeden) will inch closer to discovering the truth during the week of June 1. Victor is on a mission to figure out who Gabriel’s father really is – and he begins harassing Sage to try and figure out Gabe’s secret. Naturally, The Moustache doesn’t trust Marco’s reveal that Gabriel is Jack’s long-lost son. Adam Newman is in a peculiar place in Y&R right now – while he held the key as to who was the real Jack he didn’t know it and is now a pawn in fake Jack’s evil game. Was telling Marco he is Adam Newman the biggest mistake Gabriel ever made?

According to “The Young and the Restless” spoilers, during the week of June 1-5, Nick (Joshua Morrow) will meet with Sharon (Sharon Case) and Dylan (Steve Burton) to discuss custody arrangements for their daughter Faith. Nick agrees to let Faith spend the night with Sharon – as long as Dylan is there. Nick’s lawyer Avery (Jessica Collins) obviously feels uncomfortable helping set up custody arrangements for her former fiancé and his new girlfriend. Avery’s week goes from bad to worse when she learns that Joe Clark has been lying to her and he can walk! Apparently, Summer (Hunter King) walks in on Joe (Scott Elrod) dancing around the floor without a care in the world, she runs to find her Aunt and rat him out. 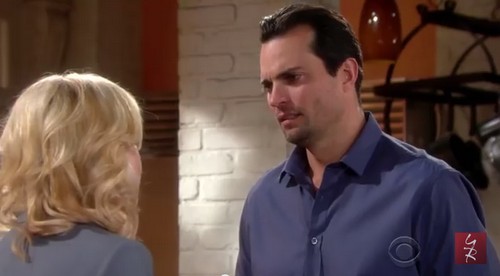 In other “The Young and the Restless” news, spoilers tease that Neil (Kristoff St. John) and Hilary (Mishael Morgan) face off during the week of June 1 and have an epic confrontation, but it doesn’t stop Hilary from taking her and Devon’s (Bryton James) relationship to the next level on Friday June 5. Also, spoilers tease that Y&R fans can expect to see Jack Abbott (the real Jack) trying to make it back to Genoa City, with the help of Yack’s (Peter Bergman) girlfriend Marisa – who thinks that he is her boyfriend.

So Y&R fans, do you think that Victor will figure out who Gabriel really is – could Adam Newman’s secret finally come out other than to Marco and Jack? Will Avery kick Joe to the curb when she finds out he can walk and has been lying to her? Will Jack make it back to Genoa City in one piece? Let us know what you think in the comments below and don’t forget to check CDL tomorrow for more “The Young and the Restless” spoilers and news!