BY Amanda Austin on January 14, 2015 | Comments: one comment
Related : Soap Opera, Spoiler, Television, The Young and the Restless 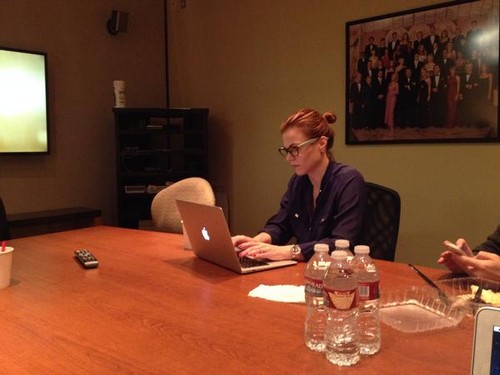 “The Young and the Restless” spoilers for Thursday January 15 tease another action-packed day of drama in Genoa City.  Rumors have been flying around the internet for quite a while that Phyllis may have a few screws loose after her awaking abruptly from her coma, and according to Y&R spoilers for Thursday’s episode – Phyllis’s crazy schemes will start to come to light.  Phyllis has never really played by the book, but on December 15 it will be revealed that she orchestrated the hotel room mix-up with Jack and Kelly, and she even went as far as to wear a blond wig to the flower shop so she could pin it all on Jack’s ex Kelly.

In other “The Young and the Restless” news, Dylan’s beating at the coffee shop doesn’t go over well with his loved ones.  Paul is furious after he questions Dylan about the incident, and according to spoilers for January 15 he heads straight to Victor’s house to accuse him of orchestrating it.  Meanwhile, Avery confronts Joe and accuses him of having her fiancé attacked and after their heated argument Joe pulls her in for another kiss – which she promptly smacks him across the face for.

“The Young and the Restless” spoilers for Thursday’s episode also tease that fans can expect to see Nick Newman spending some quality time with Sage – and she tries to get more information from him about Gabriel’s boarding school days. Meanwhile, Adam Newman AKA Gabriel interrupts a moment that Chelsea and Billy are sharing to discuss his new apartment. Rumor has it that Billy Abbott is not a fan of the new man forcing himself in to Chelsea’s life – and he makes it very clear.

So Y&R fans, are you as baffled by Phyllis’s behavior as we are?  Do you think that she may be a few cards short of a deck after the experimental drugs Victor had used on her to wake her up from her coma?  Did Victor or Joe have Dylan attacked?  Is Chelsea going to fall for Gabriel?  Let us know what you think in the comments below and don’t forget to check CDL tomorrow for more “The Young and the Restless” spoilers and news.