‘The Young and the Restless’ Spoilers: Harding and Marco Meet at Cabin – Chelsea Forgives Adam – Phyllis and Marisa Face Off 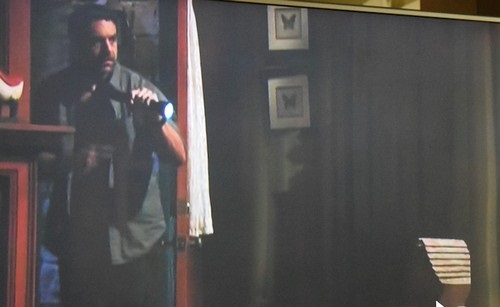 “The Young and the Restless” spoilers for Tuesday, August 11, tease that Jack (Peter Bergman) will assure Phyllis (Gina Tognoni) that he won’t let Marco (Peter Bergman) hurt her again. Phyllis will bring up Marisa (Sofia Pernas), but Jack will argue that she isn’t the enemy. Phyllis will feel like something is going on between Jack and Marisa. Jack will be shocked that Phyllis would think he betrayed her. Phyllis will believe Jack is implying she was unfaithful to him and she’ll stomp off.

Mariah (Camryn Grimes) will do a little spying at the athletic club. When Marisa catches her sitting nearby, Mariah will make up an excuse for being there. Marisa will let Mariah know that she truly wants Marco to pay for what he’s done. Meanwhile, Kevin (Greg Rikaart) will do some snooping of his own in Detective Harding’s (Chris McKenna) office. Kevin will come across a receipt for a lantern, some snare wire, a hunting knife and a survival guide.

In light of his findings, Kevin will decide he needs to keep an eye on Harding. When Harding catches Kevin following him, Kevin will demand to know what’s up with all the survival gear. Mariah will arrive and Harding will say that he’s going camping. Harding will add that Paul (Doug Davidson) approved it weeks ago. After Harding is gone, Kevin and Mariah will admit that they don’t have any real news to report. However, Kevin will declare that they’re going on a camping trip that could clear things up.

Other “Young and the Restless” spoilers reveal that Phyllis will confront Marisa about her relationship with Jack. Marisa will insist that her only goal was to help Jack get home to the woman he loves. Eventually, Phyllis will apologize for jumping to conclusions. Phyllis will say she’s mainly angry with herself for letting Marco fool her.

At the rooftop bar, Stitch (Sean Carrigan) and Ashley (Eileen Davidson) will touch hands as they wrap up their deep conversation. When they let go, Abby (Melissa Ordway) will approach and ask what she missed. Stitch will say he doesn’t want to burden her with his problems, but Abby will urge him not to shut her out. Abby won’t want to be a mere distraction in Stitch’s life. Later, Stitch will open up to Abby a bit and they’ll embrace. Abby will begin taking Stitch’s clothes off in her room and they’ll kiss passionately.

Ashley will head over to see Jack and question him about the Paragon Project. Jack will believe that someone wanted Victor (Eric Braeden) to think Jack was plotting against him. Likewise, someone wanted Jack to come after Victor. Jack will look at the newspaper sketch of the man that’s supposed to be Marco and indicate that it’s the only idea that makes sense. 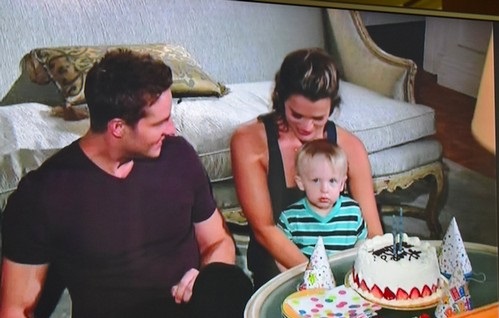 Chelsea (Melissa Claire Egan) will tell Adam (Justin Hartley) that she won’t agree to stay in Paris forever, but she’ll stay there with him for a week. Adam will be grateful and mention taking her to the top of the Eiffel Tower. Chelsea will reply that she just wants to act like a regular family. Adam will have a soccer jersey that he wants to give to Connor (Michael and Nolan Webb) for his birthday. Chelsea will realize that Adam sent a soccer ball anonymously to Connor last year. Adam will confess that he’s been watching them so he wouldn’t miss the milestones.

Chelsea will put it together that Adam was using the camera in Connor’s room and she’ll get upset. However, Chelsea will decide they just need a clean slate. They’ll share some cake with Connor and try to have a good time. Meanwhile, Detective Harding will show up at the cabin and shout for anyone in there to freeze. Marco will smile smugly and ask, “Are you going to shoot me, Detective?” It’s clear that Harding and Marco are in cahoots. Y&R rumors hint that the jig may be up before long. Stick with the CBS soap for updates on the drama that’s about to go down.