BY Amanda Austin on January 5, 2015 | Comments: Leave Comments
Related : Soap Opera, The Young and the Restless 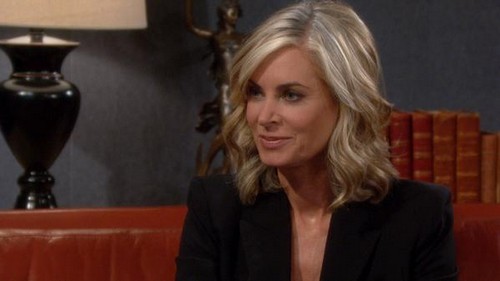 In other The Young and The Restless news, spoilers tease that on January 6 Adam and Sage will have a heated discussion about their apparent marriage, which ends with Adam threatening his new wife that she may “go missing.” Adam Newman/Gabriel is determined to win back Chelsea by any means possible, so he heads over to her apartment and pays her a visit. Y&R spoilers tease that he informs Chelsea he is thinking of renting an apartment in her building so she willingly gives him a tour of his own house. According to Y&R spoilers, when Billy returns he is not happy to find the stranger in his house and after Adam leaves he and Chelsea begin to bicker again about her wedding ring.

The Young and the Restless spoilers for January 6 also tease that Y&R fans can expect to see Kevin continue to hound his brother Michael Baldwin about getting treatment for his cancer. And, Nick and Sharon’s custody case heats up when Victor learns that he has been added to the witness list and Sharon’s lawyer is arguing that Victor tormented and harassed her and made her act crazy.

So Y&R fans, what do you think that Devon will sleep with Gwen? How will Hilary react? Would Adam Newman actually follow through with his threats and harm Sage? Who do you think will win custody of Faith, Nick or Sharon? Let us know what you think in the comments below and don’t forget to check CDL tomorrow for more The Young and the Restless spoilers and news.