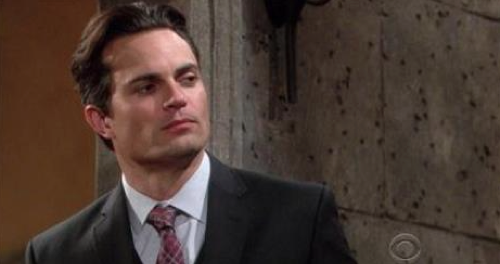 “The Young and the Restless” spoilers reveal that the new head writer Chuck Pratt’s reign at Y&R kicks off near the end of January and will shock Y&R viewers. Any soap fan who is familiar with Chuck Pratt’s writing style can tell you that Y&R fans are in for a treat – and “The Young and the Restless” spoilers tease that Pratt has some major storylines and plot twists lined up just in time for February sweeps.

There are some pretty off-the-wall rumors floating around the internet about what the CBS soap has in store for fans during the month of February – however, considering that Chuck Pratt is in charge now, they could easily be true. Here are some of our favorite “The Young and the Restless” February rumors that are currently floating around. Please keep in mind that, at this time, these are just rumors, and may or may not come true.

Genoa City Crisis: “The Young and the Restless” spoilers have confirmed that there will be a major disaster in Genoa City and it could claim the lives of more than one character, the devastation is scheduled to carry out for several days during February sweeps. However, what exactly happens is still a gray area. Rumor has it that there may be a plane crash in the city, a devastating fire, or even an explosion that takes out numerous buildings in downtown GC.

Joe Clark Out: When “The Young and the Restless” casting news confirmed Scott Elrod was headed to Genoa City as Avery’s ex Joe Clark, they never specified how long the character would be in town. Rumor has it that during February 2015 Avery’s handsome ex-hubby will be murdered and the list of suspects will have Paul Williams and the Genoa City Police Department busy for weeks.

Kelly Andrews Out: Rumors have been floating around for weeks now that the character of Kelly Andrews was headed off the CBS soap’s canvas. Some questionable spoilers have been making their way around the internet claiming that Phyllis either poisons her and gets away with it, or accidentally pushes her off a building or down a flight of stairs while they are fighting.

Neil Catches Hilary & Devon: CDL has covered this spoiler on more than one occasion, but rumors are once again popping up that Neil Winters will get his eyesight back during February sweeps period and catch Hilary cheating on him with his son Devon with his own two eyes. To add insult to injury, Hilary and Devon think that Neil is still blind so they carry on right in front of him.

Ashley Abbott Pregnant: “The Young and the Restless” spoilers recently confirmed that Amelia Heinle is exiting the CBS soap for the foreseeable future, and Victoria Newman is leaving Genoa City. Rumor has it that Ashley Abbott discovers she is pregnant with Stitch’s baby after their one night stand, and when Stitch comes clean to Victoria she packs up baby Katie and heads to Washington to see her son Reed and doesn’t look back.

Billy & Chelsea Are Getting Married: According to Y&R rumors, the next couple to say “I Do” on the CBS soap will be Billy and Chelsea – and Billy pops the question during February sweeps. Very few couples in Genoa City actually make it down the altar and through an entire wedding ceremony without getting interrupted – and general consensus on the internet is that Adam Newman will see to it that Billy and Chelsea don’t get married.

So, Y&R fans, are you as excited as we are for Chuck Pratt’s writing and February sweeps? What do you think the huge crisis will be in February in Genoa City – a plane crash or a fire? Will you be sad to see Joe Clark or Kelly Andrews go? If Joe Clark is murdered, who do you think will do the deed? With Victoria Newman leaving, will Stitch and Ashley get together? Let us know what you think in the comments below and don’t forget to check CDL tomorrow for more “The Young and the Restless” spoilers.