BY Amanda Austin on February 25, 2015 | Comments: one comment
Related : Soap Opera, Spoiler, Television, The Young and the Restless 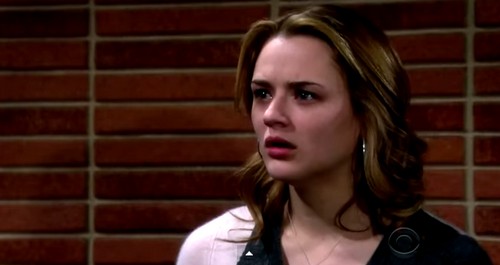 “The Young and the Restless” spoilers for February 23-27 tease an action-packed week of exciting drama on the CBS soap. “Disaster Week” may be over in Genoa City, but the aftershocks of the place crash, Underground cave-in, fire, and Austin’s disappearance continue to rock the lives of some of our favorite residents. According to Y&R spoilers, this is what fans can expect to see during the week of February 23.

Monday February 23: “The Young and the Restless” spoilers for Monday’s episode of the CBS soap tease that the police arrive at the Abbott Cabin and begin investigating Austin’s mysterious disappearance, and Summer (Hunter King) begins unraveling. Meanwhile at Crimson Lights Kelly and Phyllis (Gina Tognoni) await news on Victor and Jack Abbott, and Kelly reveals that she had sex with Jack right before the building caved in. Phyllis responds in a rather expected manner – watch out Kelly!

Tuesday February 24: According to Y&R spoilers for February 24 the pressures of all of the disasters in Genoa City get to Nikki Newman (Melody Thomas Scott), and she no longer tries to hide her boozing – Nick (Josh Morrow), Victoria, and Abby are shocked when they see her downing a bottle of liquor. Also on Tuesday’s episode of “The Young and the Restless,” spoilers tease that fans of the CBS show can expect to see the GC police continue to investigate Austin’s (Matthew Atkinson) disappearance – and Summer risks everyone’s freedom by deciding she should tell the cops the truth.

Wednesday February 25: On Wednesday’s episode of “The Young and the Restless,” spoilers and coming and going news tease that Lachlan Buchanan makes his big debut as Kyle Abbott, rumor has it that Kyle may have something to do with Austin’s disappearing body. However, Kyle could have rushed to Genoa City when he heard about Jack Abbott (Peter Bergman) being trapped in the Underground.

Thursday February 26: “The Young and the Restless” spoilers for February 26 tease that Neil’s (Kristoff St. John) family may have been rescued from their near fatal plane crash – but the real drama has just begun. Lily (Christel Khalil) is furious with her husband Cane for protecting Devon (Bryton James) and Hilary’s dirty little secret and hiding it from her – and their marriage is in serious trouble because of it.

Friday February 27: According to Y&R spoilers, on Friday February 27 fans of the CBS soap can expect to see Hilary and Devon have a serious chat about their relationship – and Hilary makes an announcement that Devon, nor fans at home will see coming. Rumor has it that Hilary’s near-death experience causes her to reassess her fling with Devon, and realize she wants to be with Neil.

So Y&R fans, do you think Austin is really dead? Does Kyle Abbott have anything to do with Austin’s disappearance or is it just a coincidence that he returned home the same week? Is this the beginning of the end of Lily and Cane? What will Phyllis do to Kelly (Cady McClain) now that she knows Jack had sex with her? Let us know what you think in the comments below and don’t forget to check CDL tomorrow for more “The Young and the Restless” spoilers and news.