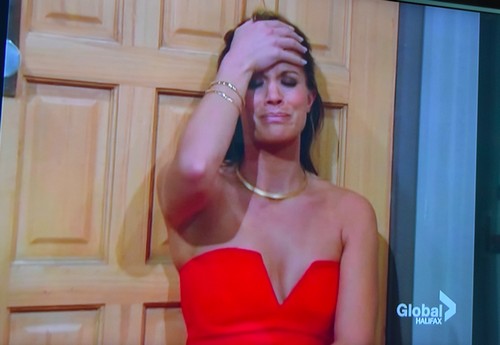 “The Young and the Restless” spoilers for Monday, July 27, tease that Sharon (Sharon Case) and Dylan (Steve Burton) will arrive at the hospital for the first ultrasound of their baby. Sharon will see Sage (Kelly Sullivan) and sense that she’s upset. Sage will confess that she’s not sure if Nick (Joshua Morrow) is still in the picture. Sharon will try to offer her support. Meanwhile, Stitch (Sean Carrigan) and Dylan will have a chat. Dylan will be thrilled with the direction his life is heading in.

The technician will let Sharon and Dylan listen to the baby’s heartbeat. They’ll opt to stay in the dark on the child’s gender. At the athletic club, Gabriel (Justin Hartley) will take a verbal jab at Nick about his history with paternity tests. Nick will demand to know how Gabriel knows about that. Gabe will cover by saying that people talk. Chelsea (Melissa Claire Egan) will walk in and catch part of their argument. Gabriel will insist that Sage is a gold-digger, but Chelsea will defend her.

Once Nick is gone, Adam (Justin Hartley) will question Chelsea about why she stood up for Sage. Chelsea will wonder why Adam was going on the attack. Chelsea will realize that Adam could be the baby’s father and she’ll be furious that he slept with Sage. Adam will ask Chelsea to hear him out. They were both drunk the night Chelsea was going to marry Billy (Burgess Jenkins) and they made a mistake. Chelsea will declare that Adam hasn’t changed at all and she’ll storm out. Later, Adam will show up at Chelsea’s place and say he’s sorry. Chelsea won’t budge on the issue and she’ll refuse to let Adam see Connor (Michael and Nolan Webb). As Adam bangs on the door, Chelsea will shout that they’re both better off without him. 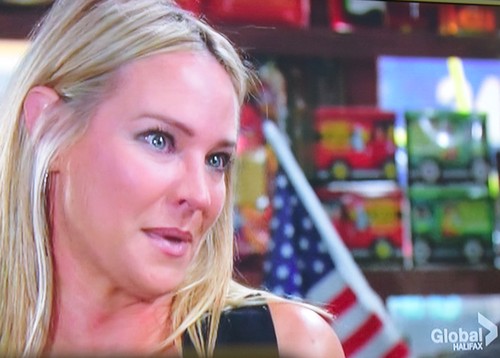 Other “Young and the Restless” spoilers reveal that Noah (Robert Adamson) will come to Marisa’s (Sofia Pernas) room to talk and share some food. Marisa will apologize to Noah for lying to him about Marco (Peter Bergman). Noah will assure Marisa that the cabin killings weren’t her fault and he’ll lean in for a kiss. At The Underground, Kevin (Greg Rikaart) and Mariah (Camryn Grimes) will give Abby (Melissa Ordway) updates on why Noah is protecting Marisa. Abby will be appalled that Marisa was involved with Marco. Noah and Marisa will arrive and try to smooth things over. Noah will explain the situation and Abby will agree to leave the police out of it.

Nick will open up to Noah about his troubles with Sage. Nick will admit that Sage didn’t really cheat on him, but she let him think he was the father before she was certain. Marisa will chime in that sometimes secrets are meant to protect the ones you love. When Sage comes in, she’ll tell Nick she’s sorry she wasn’t honest. Sage will indicate that she was afraid of losing Nick, but he’ll reply that he pushed her away. Nick will insist that he wants Sage in his life no matter who the baby’s father is.

After a trip to the lake, Kevin and Mariah will come back with big news for Noah and Marisa. The car was at the bottom of the lake, but Marco’s body wasn’t there. Of course Marco’s body wasn’t at the bottom of the lake – Marco is alive! Meanwhile, Abby and Stitch will discuss the potential break in the cabin case. They’ll recall how the murder mystery brought them together as they share a passionate moment.

Over at Crimson Lights, Dylan will become concerned when Sharon starts behaving irrationally. Sharon will be sure Dylan intends to leave her, but he’ll insist he isn’t going anywhere. Sharon will think it’s just because of the baby, but Dylan will say he’s in this no matter what the future holds. Y&R rumors hint that Sharon will have a miscarriage soon and she could be headed for a major breakdown. Stick with the CBS soap to see if Sharon will travel down a dark path.

Watch The Young and the Restless video preview for Monday, July 27 Right Here!