BY Heather Hughes on May 21, 2015 | Comments: 7 comments
Related : Soap Opera, Spoiler, Television, The Young and the Restless 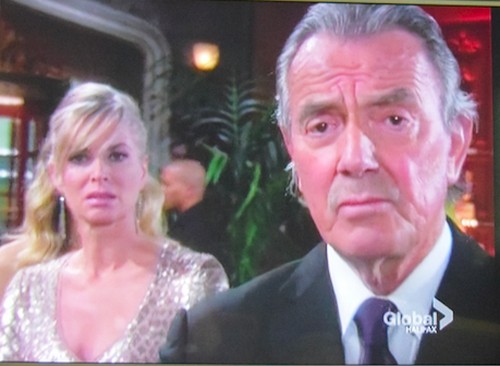 “The Young and the Restless” spoilers for Friday, May 22, tease that Neil (Kristoff St. John) will try to convince Victor (Eric Braeden) that Nikki (Melody Thomas Scott) shouldn’t come to the merger party. Nikki is just too vulnerable right now. Nikki will walk into the room and wonder what they’re talking about. Victor will claim it’s just business and ask how Nikki is doing. Nikki will say she doesn’t plan on staying at home, but she needs an outfit for the party. When Victor excuses himself to take a call, Neil will warn Nikki that there will be alcohol at the party and she may not be able to handle it.

In the other room, Victor will talk to a police officer on the island where Kelly (Cady McClain) was keeping Jack (Peter Bergman). The officer will say that Kelly is dead and Jack has escaped. Victor will be horrified and insist that the cops find Jack at once. As Victor finishes up his call, someone will watch him through the glass door. When Victor returns to Nikki, she’ll declare that she’s coming to the party to show her family that she’s fine.

Other “Young and the Restless” spoilers reveal that Nick (Joshua Morrow) will stop by Cassie’s grave. Since it’s the anniversary of Cassie’s death, it seems Nick will have a few updates for her. Nick will crouch by Cassie’s tombstone and say that she’s about to get a new brother or sister. Sharon (Sharon Case) will arrive and say she’s sorry for interrupting. Nick will say that Cassie would like it if she stayed with him. From a distance, Dylan (Steve Burton) will see them sharing a warm moment. Later, Dylan will tell Sharon that he followed her to the cemetery, but he left when he saw that Nick was offering support. Sharon will say that she received an invitation to the merger party, but she’s concerned about fake Jack’s motives. Dylan will imply that there’s nothing to worry about, but he’ll go with her if it will ease her fears. 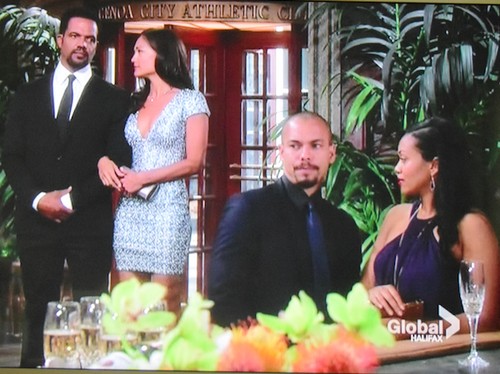 At the athletic club, Lily (Christel Khalil) will see Devon (Bryton James) and Hilary (Mishael Morgan). Lily will let them know she isn’t pleased that they’re back together. The fight between Lily and Hilary will almost get physical, but Devon will break it up. When Devon says he hopes everyone will come around on their relationship, Lily will make it clear that it’s not going to happen. As the party gets underway, Victor will greet Stitch (Sean Carrigan) and Abby (Melissa Ordway). When fake Jack sees Victor fawning over Stitch, he’ll wonder what’s up.

Nick will tell everyone he has some news to share, but he’ll be interrupted when Neil walks in with Gwen (Nadine Nicole). Lily will be glad Neil found someone to come to the party with and Neil will say that he really likes Gwen. Hilary will hint that she’s worried about Neil, but Gwen will imply that no one would believe she cares about him after everything she’s done. Gwen will say that both Devon and Hilary deserve whatever they have coming. 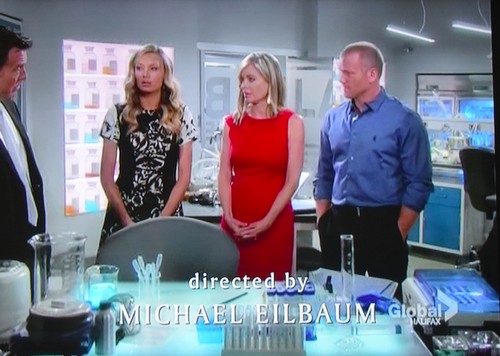 Meanwhile, Stitch will talk to Ashley (Eileen Davidson) about how she’s been keeping Abby at a distance since they started dating. Ashley will admit that she has feelings for Stitch and she’ll have to find a way to accept that he’s with Abby now. Stitch will go back over to Abby and tell her he has to go to the office. Stitch and Abby will share a kiss and he’ll head out. What could Stitch be up to? The rumors say that Stitch and Ashley will sleep together soon. Stick with Y&R to see how long it takes Stitch to cheat on Abby with her own mother.

Nick will finally get a chance to share his big news. Everyone will be shocked when Nick says Sage (Kelly Sullivan) is pregnant with his child. Victoria (Amelia Heinle) will question if the baby is really his and Nick will assure her that Sage’s marriage to Gabriel (Justin Hartley) was simply a business arrangement. Nikki will ask Nick about his commitment to Sage and he’ll reply that he’s committed to the child. Nick will add that Sharon knows and she seems OK with it. Dylan and Sharon will walk in, which will prompt fake Jack to pipe up that he invited Sharon to the festivities. Victor will take another call from the island police officer and order him to find Jack. Victor won’t want Jack to come back to Genoa City and ruin his plan. Fake Jack will ask if he can help with anything, but Victor will say it’s none of his concern. Oh Really? 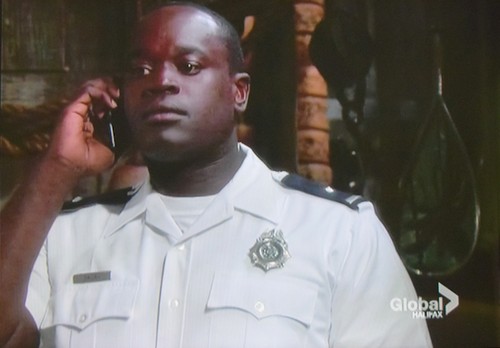 Nikki will wonder why Dylan is still babysitting Sharon now that the charges have been dropped. Dylan will say that his relationship with Avery (Jessica Collins) is over and he’s gotten very close to Sharon. Nikki will indulge in a drink from the bar. As someone watches nearby, fake Jack will announce that this merger is about bringing the Newmans and the Abbotts together. Fake Jack will add that he plans on funding a special pediatric wing that will be dedicated to their collective memories of Cassie. Suddenly, someone will appear and everyone will stand there in shock and disgust. Victor will shout out “You should not be here!” It sounds like something big is about to go down. Stay tuned to the CBS soap to see all the chaos at the shindig.