‘The Young and the Restless’ Spoilers: Victoria Lied, Gun Points to Victor’s Guilt – Marisa and Gabe Team Up, Marco Vanishes 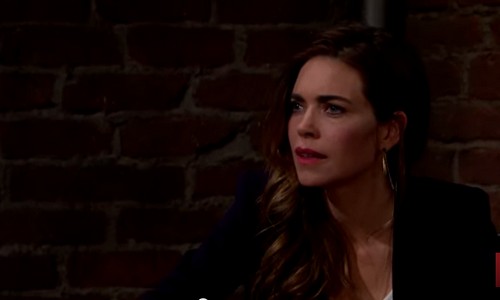 “The Young and the Restless” spoilers for Wednesday, July 1, tease that Nikki (Melody Thomas Scott) admit that Victor (Eric Braeden) went to meet Jack (Peter Bergman) before he was shot. Phyllis (Gina Tognoni) will scream that Jack feared Victor would kill him and it looks like he went through with it. Gabriel (Justin Hartley) and Paul (Doug Davidson) will hold Phyllis back as she shouts that Victor needs to be arrested.

At The Underground, Marisa (Sofia Pernas) will stumble in and Noah (Robert Adamson) will catch her in his arms. Noah will give her a cup of coffee and Marisa will explain that she got into a fight with her boyfriend. Noah will offer Marisa the office sofa and they’ll have a heartfelt chat. Marisa will learn about Courtney’s (Kelli Goss) death and express sympathy.

Paul will question Victor about what happened at the park. Victor will confess that he went there, but it was all about business. Victor will bring up the fact that he doesn’t have a motive since he once saved Jack’s life. Paul will mention the anonymous caller that tipped him off and he’ll think he needs to find her for answers.

Billy (Burgess Jenkins) will talk to Victoria (Amelia Heinle) at Crimson Lights. Victoria will remain adamant that Victor wasn’t involved in the shooting, but Billy won’t buy it. Billy will hint that he understands why Victoria would lie for Victor. After all, Billy did the same thing for the Abbotts. However, they’re ditching the plan to frame Victor for embezzlement and the charges are being dropped. Billy will be concerned that Victoria will get in trouble for lying to the police, but Victoria will stand by her story.

Later, Nikki will tell Victoria that she came clean to the police and they’ll bicker over whether it was the right thing to do. Victoria will talk about how she wanted to protect the Newmans, but Nikki will refuse to put Victor above her own integrity. Nikki will urge Victoria to tell the police the truth. Paul will search Newman Enterprises and find Victor’s gun in a safe. Victoria will tell Paul she lied and Nikki will let her know she doesn’t approve of her actions.

Other “Young and the Restless” spoilers indicate that Gabriel will give Chelsea (Melissa Claire Egan) some updates on Jack’s condition. Chelsea will say that the news must have hit Gabe hard. Chelsea will add that she’s hopeful Jack will come out of the coma and clear everything up. Gabriel will dream about Jack waking up and revealing that he’s really Adam Newman. Y&R rumors say the truth will come out soon enough, but it looks like Adam’s secret is safe for now.

At the hospital, Phyllis will discuss the sudden change in Jack the day he got shot. Billy will listen as Phyllis talks about Jack’s missing wedding ring and something major he was going to tell her. The doctor will approach Phyllis about Jack’s living will, but she won’t want to talk about it. It’s clear that Phyllis isn’t giving up on her husband.

Gabriel will meet Victor at the park to discuss their deal. Victor will insist that Jack was reaching for his gun, but Gabe will say that Victor shot an unarmed man. Victor will suggest that Gabriel wasn’t concerned when he was gunning for the company as Jack was bleeding out. Gabe will hint that maybe Victor would approve if his son did that. They’ll both decide to honor their agreement.

A short time later, Marisa will call Gabriel and declare that she knows the truth. Marisa will say that Marco (Peter Bergman) won’t be a problem anymore. Now it’s Gabriel’s choice whether she’s an ally or an enemy. They’ll make plans to meet. Will Marisa’s knowledge force Gabriel to make some changes to his scheme? Stick with the CBS soap to see how Gabe’s situation unfolds.