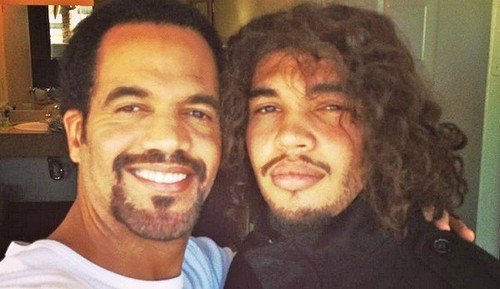 It has been six months since “The Young and the Restless” star Kristoff St. John’s son tragically committed suicide. Now, the soap star is suing the hospital where Julian St. John suffocated himself with a plastic bag back in November 2014. Kristoff and his wife were well aware of their son Julian’s issues and had checked him in to La Casa Mental Health Hospital in Long Beach, California to get him the help that ne desperately needed. Instead, Julian ended up taking his own life while in their care.

According to a new report from TMZ, Y&R star Kristoff St. John has officially filed a wrongful death suit against La Casa Mental Health Hospital – and judging from the paperwork that TMZ acquired, there is a good chance he could win in court. TMZ reveals that Julian’s death was actually not the first time that he tried to commit suicide while he was in the hospital’s care. Three weeks prior to the incident, he was caught trying to take his own life with a trash bag over his head. Kristoff alleges in his wrongful death lawsuit that after Julian’s first suicide attempt – the employees kept putting plastic bags in his room.

“The Young and the Restless” star also accuses the employees at the mental hospital of faking welfare checks the day that his son was found dead. Apparently, Julian St. John was pronounced dead at 1:44 PM, however the nurses on duty that day had welfare checks clocked at 3:00 PM. They were entering them all in to the computer ahead of time and allegedly checking on Julian when they pleased – instead of every 15 minutes like the doctor had ordered.

Often times when people lose loved ones – they want some sort of restitution or compensation for their loss, and their lawsuits turn out to be frivolous. But, it sounds like Kristoff St. John has a legitimate case – and the judge could order La Casa Mental Health to pay him a pretty penny for Julian’s suicide and death.

Update: CDL received a statement from reps for La Casa Mental Health which appears below. They claim no such lawsuit has been filed.

State of California Found La Casa in Compliance with all Applicable Licensing Laws and Regulations in St. John Case

“The staff and management of La Casa Mental Health Rehabilitation Center want to express their deepest sympathies to the family of Julian St. John following his tragic suicide in November 2014.

“La Casa has not been served with the lawsuit by the St. John family. We believe it is important to state that the California Department of Health Care Services reviewed the case and on May 5, 2015 found that La Casa was in compliance with all applicable licensing laws and regulations.

“Similarly, the Los Angeles Department of Mental Health concluded that Mr. St. John’s treatment and care at La Casa was reasonable and in line with clinical procedures, given his mental condition.

“For over 30 years our staff has provided excellent, compassionate care to those suffering from mental illness in the Los Angeles area, and we are proud of the dedication and hard work of our team of professional care-givers. We agree with the public comments of the family of Mr. St. John that the nation would be better served by focusing more attention on the issues affecting the mentally ill.”