The Young and the Restless (Y&R) Spoilers: Abby Pregnant With Stitch’s Baby – Ashley Guilty or Jealous? 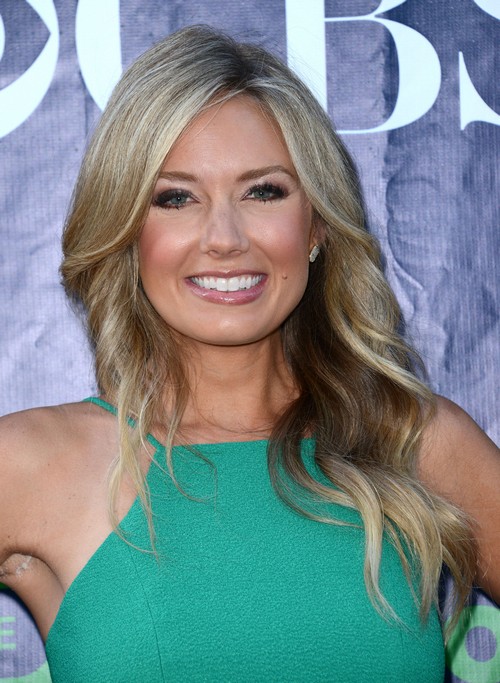 The Young and the Restless spoilers indicate that Genoa City seems to be running low on birth control lately. First, Sage (Kelly Sulivan) and Sharon (Sharon Case) end up expecting Y&R babies around the same time, and now Abby (Melissa Ordway) will announce she’s pregnant, according to the rumor. Stitch (Sean Carrigan) can’t quite decide which leading Genoa City lady he wants to be his woman, so he feels the need to try them all for size. How will Stitch react when he learns that Abby is pregnant and expecting his child?

When Stitch arrived in Genoa City, he conveniently forgot to mention that he served time in prison for murdering his father. When his secret came out, Victoria Newman (Amelia Heinle) wasn’t sure she wanted to be involved with someone who couldn’t trust her enough to tell her the complete truth. After some time and learning that Stitch didn’t kill his father but took the fall for his mother, she forgave him. Victoria was pregnant at the time and wasn’t sure if her ex-husband Billy (Burgess Jenkins) or Stitch was the father.

After Stitch delivered her daughter, the DNA test revealed that Billy was the baby’s father. Stitch was crushed and sought comfort in Ashley’s (Eileen Davidson) arms. They decided they would never speak of the incident and that Stitch was just upset (and well, drunk). His relationship with Victoria started failing when Abby needed a bodyguard when Marco (Peter Bergman) attacked her in the park. Stitch and Abby decided they had feelings for each other and eventually realized they loved each other.

Recently, Stitch has had a better connection with Ashley than Abby. He can’t stay happy with one person very long, it seems. The complication is Abby is pregnant and will find out soon, according to the rumor. Stitch will have to decide to commit to his relationship with Abby, even if he doesn’t really love her, for the sake of his child, or follow his heart (at the moment) and commit to Ashley. And for that matter, there is no guarantee that Ashley would upset her daughter by ‘stealing’ her boyfriend, especially if she is pregnant. Do you think that Abby is pregnant? Will Ashley and Stitch give in to temptation and have steamy shower sex again? Come back to CDL for more hot Y&R spoilers and rumors!