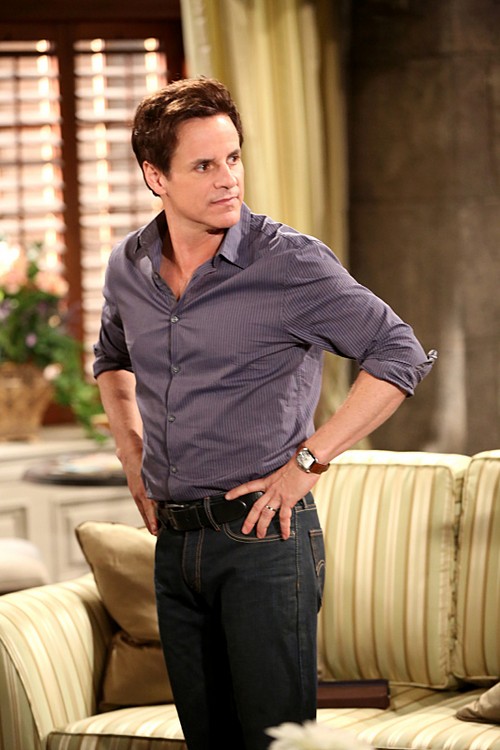 A year ago, “The Young and the Restless” spoilers all indicated that Michael Baldwin (Christian LeBlanc) only had several months to live on Y&R after being diagnosed with cancer. Michael tried at first to handle the news alone and not involve his loving wife, Lauren (Tracey Bregman). Eventually, it was discovered he had cancer and he had to tell his wife or his brother, Kevin (Greg Rikaart) said he would tell her.

Michael decided after seeing several specialists that he would go through treatment. Although, he was apprehensive about treatment because of the side effects. He seemed more worried about losing his ability to satisfy his wife then dying. In fact, at one point, he told Kevin he’d rather die than see Lauren being forced into another man’s arms in order to be sexually satisfied.

Fans never saw him go through treatment. They never saw him deal with cancer. All they saw was Michael mourning the loss of being intimate with his wife. Come on; this could have been a great story. It was the perfect time to bring awareness to cancer. Like most of the storylines right now, it fell completely short.

Chuck Pratt never spoke of the fears of dying. He never touched how his family would feel at the thought of losing him forever. Fans were forced to believe a man in the situation would try to force his beautiful wife to sleep with another man in order to feel sexually satisfied.

Oh, and how could we forget those two days we had to endure when he talked to the hooker about his issues? We are led to believe he would talk so freely to a stranger, but couldn’t even look his wife in the face.

Why doesn’t Michael go to treatment or even see his specialist anymore? Why is there almost no mention of his illness now? It almost seems like the original plan was for Michael to die last year. When the fans found out, they were upset at losing a fan favorite, and the writers quickly changed the script. They wanted to keep the fans happy, only the changed storyline lacked any depth.

“Y&R” fans, how do you feel about Michael’s cancer storyline? Do you think the original plan was for him to die last year? Will Lauren and Michael get back together after everything that has happened? Come back to CDL for more The Young and the Restless spoilers and updates!