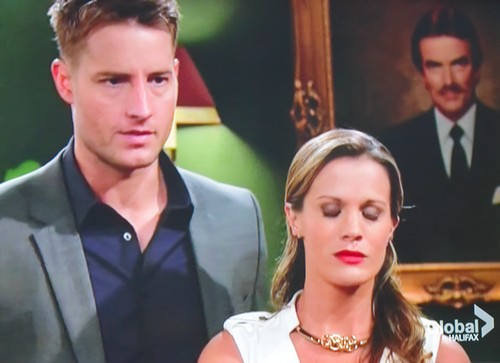 “The Young and the Restless” spoilers for Friday, August 28, tease that Ashley (Eileen Davidson) will try to nudge Abby (Melissa Ordway) toward the Abbotts’ side in the current battle for Chelsea’s (Melissa Claire Egan) line. Abby will believe Ashley is trying to push her away from Victor (Eric Braeden) and she won’t like it one bit. Meanwhile, Adam (Justin Hartley) will tell Jack (Peter Bergman) that Chelsea’s line needs to stay at Jabot. Jack will think Adam won’t be able to settle for vengeance as Gabriel Bingham. He seems to want it as Adam Newman. Adam will assure Jack that he won’t risk exposing his true identity, but he wants to make sure Victor doesn’t win this time.

At Crimson Lights, Billy (Burgess Jenkins) will see Chelsea and Connor (Michael and Nolan Webb). Chelsea will share her desire to start a new life with Gabe. Billy will respect her wishes, but he’ll still think something is off about Gabriel. Back at Newman Enterprises, Nick (Joshua Morrow) will encourage Victor to let Chelsea’s line stay with the Abbotts while Abby backs up the Newmans. 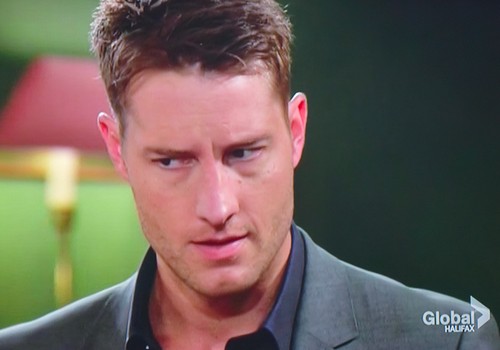 Both families will begin to argue and Victor will finally declare that the merger contract says this has to be decided by blind bids. Chelsea and Adam will look at the bids in private and try to determine what Victor’s game is. They’ll choose a bid and it’ll end up being the one for Newman Enterprises. Chelsea will snap that she’ll just start her own line in Paris, but Victor will assure her that’s not going to happen. Victor will smugly add that he owns Chelsea now. 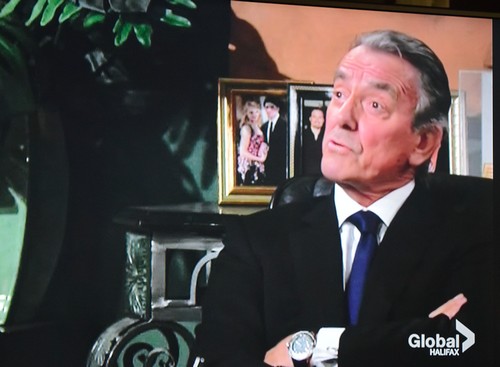 Other “Young and the Restless” spoilers reveal that Mariah (Camryn Grimes) will urge Sharon (Sharon Case) to be honest with Dylan (Steve Burton). Dylan will walk in and ask what Sharon should be honest about. Sharon will make up an excuse about taking the day off and Dylan will remind her that she should do whatever is best for the baby. When he’s gone, Sharon will want Mariah to promise not to say anything to Dylan about her miscarriage. The news that they lost their child would completely crush Dylan. Sharon will give Mariah updates on her plan to get pregnant again.

Dylan will admit to Stitch (Sean Carrigan) that Sharon hasn’t been acting like herself. Stitch will warn Dylan to keep an eye on Sharon and make sure she’s OK. Later, Sharon will show up at Crimson Lights and lock the door once she realizes all the customers are gone. As Sharon moves in for a kiss, Dylan will look concerned about Sharon’s bizarre behavior.

Sage (Kelly Sullivan) will have a chat with Marisa (Sofia Pernas) and express her concerns about the Adam situation. Marisa and Sage will agree to stay tight-lipped on what they know. At The Dive Bar, Noah (Robert Adamson) and Summer (Hunter King) will lament the loss of their old loves and celebrate their new ones. They’ll help prepare a surprise wedding party for Nick and Sage. Jack will also fill in Ashley on his idea of making her co-CEO at Jabot. Y&R rumors hint that the war between the Abbotts and the Newmans is really about to heat up. Stick with the CBS soap to watch all the ruthless action.