BY Heather Hughes on December 1, 2015 | Comments: one comment
Related : Soap Opera, Spoiler, Television, The Young and the Restless 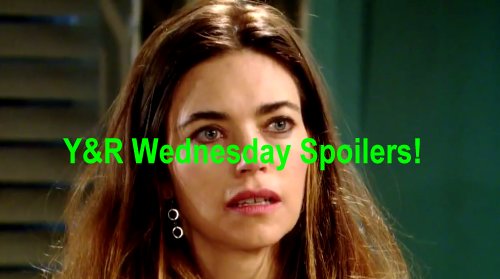 “The Young and the Restless” spoilers for Wednesday, December 2, tease that Nick (Joshua Morrow) will be feeling annoyed with his father. Victor (Eric Braeden) recently told Nick that he needed to get Adam (Justin Hartley) out of prison to fight Phyllis (Gina Tognoni) and Billy (Burgess Jenkins).

Nick knew that meant he was getting the shove and he’s obviously struggling to accept it. Adam is free now and he’ll be stepping up for Victor soon. On Wednesday’s episode, Nick will give Abby (Melissa Ordway) updates on Victor’s plans.

Nick will say Victor basically pushed him out of the family business. Abby will be stunned by the news, but there’s probably not much either of them can do about it. Once Victor sets his mind to something, there’s no stopping him.

It might be better for Nick to take a backseat at Newman Enterprises anyway. Sage (Kelly Sullivan) seems to be on the brink of a breakdown and she needs Nick’s support more than ever.

Meanwhile, Chelsea (Melissa Claire Egan) will bring up the topic of guilt to Adam. It’s not clear what Chelsea will be hinting at, but Adam will think he has no reason to feel guilty. Victor deserved the mayhem that the Paragon Project brought into his life.

Of course, Adam’s involvement with Ian (Ray Wise) inadvertently led to the fire that nearly killed several partygoers. Perhaps Adam should be dealing with a little guilt, but it’s doubtful he really will. Like father, like son.

Other “Young and the Restless” spoilers reveal that Victoria (Amelia Heinle) will have some harsh words for Billy. Wednesday’s preview video shows Ashley (Eileen Davidson) watching nearby as Victoria accuses Billy of lying to her.

Y&R viewers know that Victoria’s suspicions are correct. Billy has been hiding his plot to bring down Victor and it appears Victoria has discovered the truth. Will Billy come clean or try to talk his way out of this mess?

Stick with the CBS soap to see if Billy and Victoria can make it past this bump in the road. So Y&R fans, what do you think about these “Young and the Restless” spoilers?