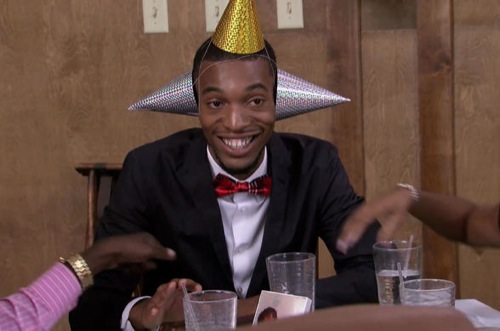 Tonight my favorite BRAVO show Thicker Than Water: The Tankards returns with a whole new Sunday January 11, season 2 episode 2 called, “Pregnant House” and we have your weekly recap below. On tonight’s episode, as the family recovers from an explosive fourth of July, the Tankards head back home to Murfreesboro. Once home, Ben’s oldest son Marcus is approaching the dawn of his 30th birthday.

On the last episode, season 2 opened with the Tankard family gathering for a garden party to celebrate Cyrene’s high-school graduation, yet drama stirred when Jewel’s sister was a no-show and jealousy rose among the siblings. Also: Britney tried to help the Tankards shed pounds; and the gang headed to Baltimore. Did you watch the last episode? If you missed it, we have a full and detailed recap right here for you.

On tonight’s show as per the Bravo synopsis, “as the family recovers from an explosive fourth of July, the Tankards head back home to Murfreesboro. Once home, Ben’s oldest son Marcus is approaching the dawn of his 30th birthday. While the family is busy planning a celebration for the big 3-0, Cyrene confides in Marcus about the new man in her life and how nervous she is about her notoriously overprotective family. Marcus’s birthday is full of surprises but when Britney gives her big brother the cold shoulder, the party hits a sour note. With hard feelings aside, no one can top Marcus and his wife Tish’s surprise which will change the family forever. “

The show airs tonight at 9PM and you do not want to miss all the drama. While you wait for our recap let us know how excited you are for the new season of Thicker Than Water: The Tankards.

Ben says he thinks the Tankard women will fight endlessly because none of them wants to admit they’re wrong. However, he needs them to realize how hot Hell is.

Jewel and Junetta discuss the fight with Junice. Jewel says she needs to talk to Cyrene because she is her child and she took Junice’s side. She says she felt a little betrayed by that.
Junetta says Junice gets a pass,` but they don’t because their children know they aren’t leaving no matter what.

Brooklyn has been working hard on her hair business and raising her daughter, so she is often tired, staying up until 4 a.m. Ben busts in and wakes her up, making a smoothie that has vegetables and a raw egg in it. Brooklyn tells him she is working on a new eyelash line.

Latisha tells Marcus she thinks she is pregnant. They have been trying to get pregnant since last year.

Brooklyn gives a presentation at work about her new eyelash line. She also announces a decision to start producing clip-in extensions.

Jewel and Cyrene sit down and talk. Jewel brings up the Fourth of July party, saying overall they did have some of a breakthrough, but that she felt Cyrene left her hanging during the argument in the kitchen by never bringing up the occasions Junice has acted oddly. Cyrene says she defended her because Junice felt like she was being ganged up on. She says she feels kind of divided because she has two parties she loves so dearly. Jewel tells her just to remember that she is her mother and the one who has her back. She says she doesn’t have to agree with her 100% but in that situation it was hurtful and she should have some balance. Cyrene apologizes and says her goal was just to keep Junice talking.

Marcus says Ben has a chance to redeem himself for not being there the first six years of his life by being there the first six years of his own son’s life. He meets up with his father. He talks about turning 30 and feeling pressure to start a family, but he doesn’t tell Ben that Latisha is pregnant because they are trying to keep that under wraps.
Ben tells Marcus that although he and his mother weren’t in a relationship, he is not an illegitimate child. He says there are no illegitimate children, just illegitimate parents.

Latisha can’t go one more day keeping the baby a secret. She says that with the way he’s nervous, you would think Marcus was the one carrying the baby. Marcus says that as soon as his family knows, they are going to have expectations like him moving back in.

Benji and Ben go looking for a timepiece to give Marcus as a birthday gift. Ben buys him a $3,000 watch, saying he needed to get him an important gift for his 30th birthday, especially since he neglected him for years.

Cyrene tells Marcus there are things they need to discuss. She tells him she’s “considering dating the opposite race,” i.e. a white guy. He tells her he used to date white girls because the black girls wouldn’t talk to him, probably because he is nerdy. He tells her not to make it a big deal, especially with Ben and Benji. He asks her if she intends to bring him around, and she says she wants to bring him to the birthday party if he’s okay with that. Marcus says yes.

Marcus has his birthday party.

Britney comes and it is awkward because they were never very close; Ben would come home for weeks and not even see her while he was there. He partially blames himself and sees himself as responsible because if she could call, he could too. When everyone is going around saying what they think of him, Britney just says she likes his style and bowties. Britney says it’s a little annoying being at this party although it’s a Tankard tradition, so she makes the excuse of having to go to work in order to get out.

Cyrene arrives with her white beau, nervous about what her parents’ reactions will be. Ben asks them what their relationship is, and Cyrene says it’s a friendship. Ben asks if it’s an “exclusive friendship,” and Jewel asks if they’re official. Ben hopes it isn’t serious, but if it is that he has a job. Jewel is hoping Cyrene is staying true to her values of being “pure” until she is married.

Marcus and his wife reveal that they’re going to be having a baby. Jewel thinks the timing of the baby is perfect, particularly that it’ll fill the void Cyrene is leaving by going away to college.