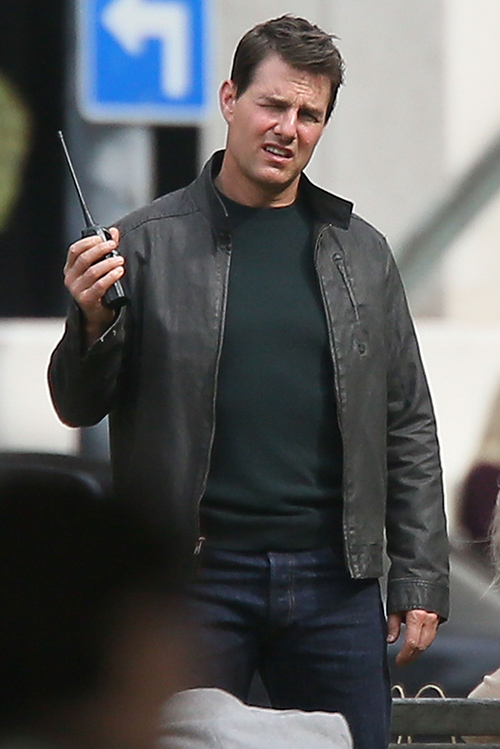 Tom Cruise’s messy divorce from Katie Holmes is once again in the spotlight after nearly three years, thanks to ex-Scientologist Leah Remini’s tell-all book that recently hit shelves. It’s bad enough that the unlucky-in-love actor is lonely and can’t seem to find a new wife – but it is even more embarrassing that the fact that he is still single is once again in the news. So, according to a new report from OK! Magazine, Tom has fired up the hunt for a wife once more, determined to find a suitable partner that will support his controversial religion Scientology.

According to this week’s edition of OK! Magazine, Tom Cruise is looking for “his own Amal.” Cruise apparently admires George Clooney’s wife, and he hopes to find an established business woman of his own that is as “classy and intelligent” as Alamuddin. Tom hasn’t entirely ruled out dating actresses, but he does date another member of Hollywood’s elite, OK! Magazine’s sources say that she has to be young and someone he can mold into the perfect wife. (How is that not creepy?)

Tom Cruise has been shopping around, and already has a shortlist of possible wives. According to OK! Magazine, Tom has narrowed his search down to four women: Tamara Mellon, Delphine Arnault, Emily Ratajkowski, and Katherine Waterston.

Tamera Mellon is actually around Tom’s age, a very savvy business woman, the co-founder of Jimmy Choo … and engaged to be married to her fiancé, so we can most likely rule her out as Tom’s future wife. Delphine Arnault is also an important business woman in the fashion world, and has a boyfriend as well. But Tom doesn’t mind. OK! Magazine’s sources explained, “Tom is really intrigued and wants to learn more about her.” At 23 years old, we are pretty sure Emily Ratajkowski has a ton of prospects to sift through (like Ben Affleck) and Tom Cruise isn’t exactly at the top of her list.

Of all the women on Tom’s “wish list,” the only one who seems semi-promising as a future wife for Cruise is 35-year-old actress Katherine Waterston. And she seems to actually be interested in Cruise – she has already reportedly gone out on a date with him. But, at the end of the day, it is not really up to Katherine or Tom. Before the relationship gets any more serious, Tom will have to get approval from Scientology leader David Miscavige.

So do you think that Tom Cruise and Katherine Waterston could actually work out? Will she be his fourth wife? Or will Scientology not approve of them getting married? Could she be Tom’s Amal? Let us know what you think in the comments below!