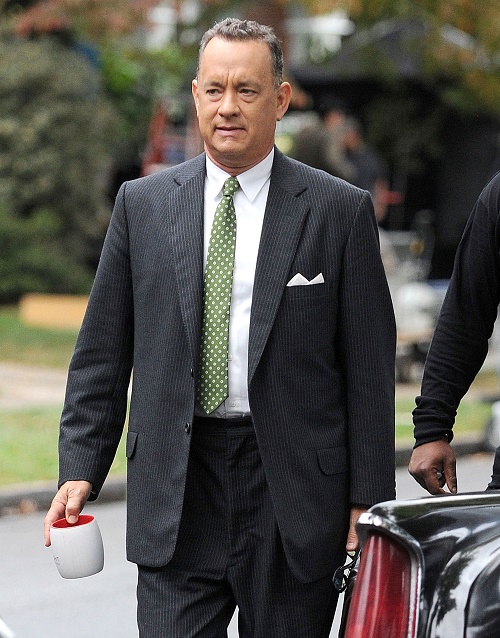 Tom Hanks and Rita Wilson’s marriage is in trouble…serious trouble. Rumors of the couple divorcing always seem to be popping up, but this time there appears to actually be some truth to them! There have been whisperings over the years that Tom Hanks has a serious temper and is a very controlling hubby when it comes to wife Rita, but nine times out of ten we all choose to not believe them. He’s Forrest Gump! According to a bombshell new report in the latest edition of Star Magazine, there is actually a lot more truth to the whispers than any of us realized – and the actor we see beaming on the red carpet is not the same man Rita Wilson has to deal with behind closed doors.

The February 16th edition of Star Magazine reveals, “Tom and Rita have both been good at biting their tongues for years, but it has reached a point where they have started to let loose at each other when they are out of the public eye. They’re like a volcano that is about to explode!” Tom Hanks and Rita Wilson have been married for years; they are probably one of the longest-lasting Hollywood couples left, but it sounds like all of that is about to change.

So why after all this time are Rita and Tom on the verge of a divorce? Well, according to Star Magazine’s insiders – Rita is finally fighting back, and Tom is not a fan of having his authority questioned. The tabloid’s snitch explains, “They have had heated yelling matches where Tom tries to put his foot down, and Rita gives it right back to him. He doesn’t want to have his perceived authority questioned – and she thinks his behavior has become incorrigible!”

The problem with successful actors getting divorced after decades of marriage all boils down to money. And here is the kicker – Rita Wilson and Tom Hanks never signed a pre-nup before they said “I Do” in 1988. Imagine how much money Tom Hanks has made since 1988, and if his wife files for divorce, he will lose about half of it.

So, do you believe the rumors that Tom Hanks is “controlling?” Will he and Rita Wilson ever get divorced? If they do, will she take him for every penny he is worth? Let us know what you think in the comment section below!