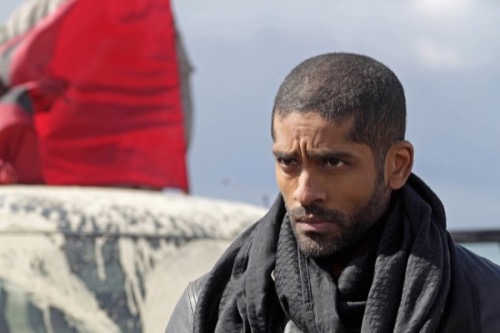 Tonight on FX their original series, TYRANT airs with an all new Tuesday July 7, season 2 episode 4 episode called, “A House Built on Sand,” We’ve got your recap down below! On tonight’s episode, Barry [Adam Rayner] assumes a new identity and adjusts to life in his adopted village; Jamal [Ashraf Barhom] is shocked by his connection to a war hero; Ihab and Samira change their plans to flee the country and join a group of extremists who want to invade Abbudin.

On the last episode, Barry was taken in by a Bedouin family, who were bound by hospitality and custom. Jamal was distraught over Tariq’s drastic military action. Molly reconnected with a classmate who helped her navigate the Al-Fayeed family trust. Leila’s planned to put Abuddin on the cultural stage were derailed. Did you watch the last episode? If you missed last week’s episode we have a full and detailed recap, right here for you.

On tonight’s episode per the FX synopsis “Barry adapts to his new identity and becomes involved in the life of the village. Amira introduces a highly decorated war hero to Jamal — a son he never knew he had. Ihab and Samira’s plans to flee the country are thwarted when they decide to renew their fight by joining violent extremists intent on invading Abuddin.”

Tonight’s episode of Tyrant kicks off with Giani helping Khalil/Barry with the meat. Dhaliyah arrives and takes her son to help her in the dairy shed. Khalil learns that Dhaliyah is leaving the country soon and men from the government will be arriving to take her to Germany on a mission. Meanwhile, Ihab and Samira send a messenger to meet with a man that is supposed to be making them fake visas so that they can leave the country undectected. Ihab orders the messenger to come straight back with the visas – and not to stop and talk to anyone.

Amira travels to the funeral of the woman that raised Jamal’s secret son. After the funeral, Amira confronts him and tells him that it is time for his father Jamal to know that he exists. His son is not on board with the plan, he is happy to have her in his life – but he is doing just fine without his birth father Jamal.

Amira visits Jamal, she tells him that she just got back from seeing the “son of a friend,” now he is a commander in the United Nations peace-keeping force. Jamal thinks that he sounds like a remarkable young man. Amira explains that she was at his mother Safaa’s funeral when she saw him. Jamal is confused, he doesn’t understand why his mother would forbid him from seeing Safaa and then keep in contact with her. Amira explains that she was helping Safaa take care of her son. Jamal puts two and two together and is shocked, he accuses his mother of lying. Amira apologizes, and says that she took care of his son for him – and says that now that Jamal’s father is dead, he can see his son. Jamal doesn’t want to hear it, he tells Amira to “go away.”

Samira is trying to get some sleep. She tells Ihab that it is useless. She feels like she is abandoning all of the people that they were fighting for. The messenger that was supposed to be getting the visas knocks on the door – Ihab opens it and the messenger apologizes an says that “they threatened to kill his family.” Men with guns rush in an grab Ihab and Samira and slam them up against the wall and proceed to take them in to custody.

Ihab and Samira are thrown in to a van and marched in to a palace, the men throw them at the feet of a man named Abu Omar – Ihab is shocked when he recognizes Abu from his university days. Abu sends Samira with his wife to get something to eat and then he informs Ihab that he has had him brought in by his men because he wants to help Ihab liberate Abudeen from the Al Fayeeds. Ihab argues that he is “done fighting.” Abu scoffs that as far as he is considered Ihab hasn’t even really begun fighting.

Jamal has a change of heart – he calls Amira and tells him to bring him his son. Back in the United States, Molly’s lawyer arrives. He says that there is an issue with the $100 Million Al Fayeed trust. In order for Sammy to claim the money, he has to go back to Abuddin and make an appearance in court in person. Molly says that is out of the question, they aren’t even allowed back in Abuddin – and she is not risking Sammy’s life, regardless of how much money is at stake. Sammy is furious that his mom won’t let him go to Abuddin to get the trust, he storms out.

Amira shows up at Jamal’s office and introduces him to his son Rami. It’s awkward, and Rami doesn’t have much to say to his father so Jamal gives him a tour of the palace. Finally Rami tells Jamal that his mother Safaa was never bitter towards him – she always talked about how much she loved Jamal. Jamal confesses that he loved Safaa, he tried to run away with her but his father caught him and knocked out three of his teeth and told him to never see Safaa again. Jamal explains that he never knew that Safaa had his son. They head to the shoting range to target practice together, Jamal is impressed that his son has perfect aim. Leila interrupts their shooting practice and tells Jamal that Ahmed is waiting for him to go over reports. Jamal introduces Rami to Leila as a war hero, but he neglects to tell her that Rami is actually his son.

Samira is eating with Abu’s wife, Abu’s wife warns her that running away to live with the Europeans is not the answer – and she won’t have any rights there either. Meanwhile outside Ihab tells Abu that he won’t work with him, he thinks that he is barbaric for beheading journalists and he doesn’t think that is the answer for Abuddin.
At the palace all hell breaks loose, Leila demands to know what Jamal is doing with a soldier from the Rashid family. Jamal confesses that he just found out today Rami is his son. Leila is furious, she reminds him that they have an agreement, and she will not allow Jamal to bring his bastard son in to their family – as far as she is concerned, he only has one son. Jamal snaps that it is his decision to make, and whatever decision he makes, “the world will live with it.”

Barry/Khalil is hiding out in a tent in the BEddouin village and watching videos of his family on his cell phone. Ghani’s mother barges in and demands to know where her son is Apparently Ghani ran off when he learned that Dahliyah was leaving with the Germans. No one can find him anywhere.

Molly tries to talk to Sammy about the trust in Abuddin. Sammy doesn’t want to hear it, he is determined to go back to Abuddin and get the money. Molly argues that it is just “blood money.” Sammy doesn’t care if it is “blood money,” at the end of the day it is his blood money.

Khalil finds Ghani hiding outside, he explains to him that his mother is leaving the village because she loves him and wants to make his life better. Khalil brings Ghani back to the village and puts him to bed. Dahliyah thanks him for finding Ghani, and tells him that he must have been an amazing father to his children when he was with his family. Dahliyah apologizes for lashing out at him, Khalil thinks that she should still go on the trip and promises her that she will watch out for his son while she is gone.

Jamal meets with Rami at a café, and asks him to stay in Abuddin and offers him a job. Rami remind him that his two families have been feuding for years, and he isn’t welcome any where – not even in Abuddin. Meanwhile, back in the US Molly meets with her lawyer to discuss Sammy. She knows that he will be 18 years old soon, and she won’t be able to stop him from travelling to Abuddin to get the $100 Million trust. The lawyer offers to travel with Sammy and protect him, but he thinks that Molly should really consider going with him and supporting him so that Sammy doesn’t resent her later on.

Daliyah leaves with the Germans for the solar power program. The villagers line up to say their goodbyes, and as promised Khalil takes care of her son Ghani for her. Jamal heads home to Leila and tells her that he decided Rami isn’t staying, he neglects to tell her that it is because Rami declined his offer – not because he didn’t ask him. At home Molly calls Lea Exley, she tells her that she needs protection because her and her family are travelling back to Abuddin.

Daliyah is in the cars with the Germans en route to the solar plant. Abu’s men run them off the road and drag the driver out of the car and shoot and kill him. Ihab drags Daliyah bout of the car, and holds a gun up to her head …