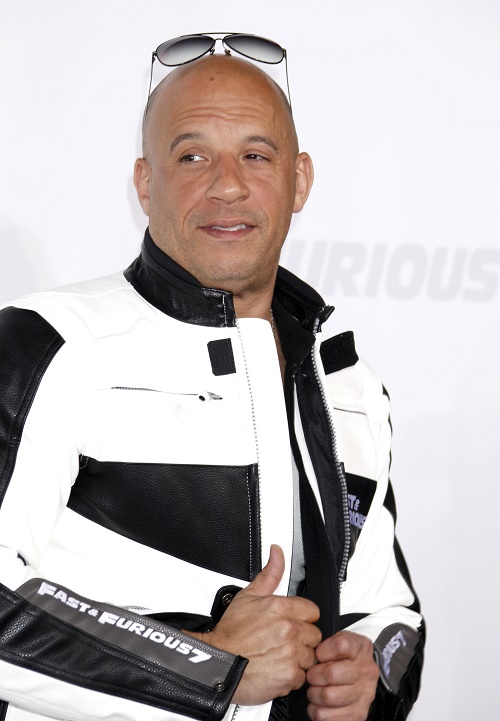 Furious 7 has just been released, and is pulling at heart strings and smashing box office records, but are you ready for Fast and Furious 8? If Vin Diesel has his way, there will absolutely be a an eighth installment to the film series. The film will honor the legacy of Fast and the Furious star Paul Walker, who tragically died in a fiery car crash.

Vin Diesel spoke to MTV News following the MTV Movie Awards on April 12 and said, “Paul use to say that Fast & Furious 8 was guaranteed. In some ways when your brother guarantees something, you have to make sure it comes to pass. So if fate has it, fate, F8, then you’ll get it. Furious 7 was for Paul; 8 is from Paul.”

It is a beautiful idea to make an eighth installment honoring Paul Walker, and with Furious 7 doing so well at the box office, we are sure it’s only a matter of time before Universal Pictures confirms the eighth movie. In just 10 days, Furious 7 has become the highest-grossing installment of the action series. Furious 7 had grossed an estimated $252.5 million domestically in its first 10 days, according to Universal Pictures.

To put it in perspective, Fast and Furious 6 accumulated $238.6 million domestically after 15 weeks! Worldwide, Universal has reported that in 10 days, it accumulated $800 million, putting it on track to enter the $1 billion club. If it is able to gross $1 billion, which we believe it will, Furious 7 will be only the 20th film to reach this accomplishment.

Fast and the Furious star Dwayne Johnson has also revealed that he is on board for another sequel. He agrees with Vin Diesel and would like to see an eighth film come to life. He spoke with MTV News after the MTV Movie Awards and said, “I talked to Vin today. We had a nice discussion, and I think whatever it is, whatever we come up with for Furious 8, we have to raise the bar, in terms of action, but also in terms of story and character.”

There you have it! Two of the films biggest stars are ready to work on another film. This time, honoring Paul Walker’s legacy, and fulfilling his wishes for an eighth film. Are you excited? Let us know your thoughts in the comments below.