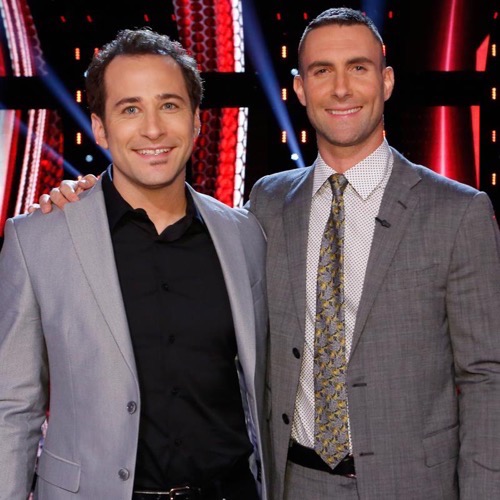 Joshua Davis of Team Adam Levine sang, “I Can’t Make You Love Me” by Bonnie Raitt this week for one of his song choice.  On tonight’s show the top five artists performed live in front of coaches Adam Levine, Blake Shelton, Christina Aguilera and Pharrell Williams for America’s votes. Each of the Top 5 will have to give the performance of a lifetime to make it to The Voice finale.

On tonight’s episode Joshua sang “I Can’t Make You Love Me” by Bonnie Raitt.  The judges had this to say about his performance: Blake says that reminds him of when he first heard Joshua sing and says it sounds like it’s around the campfire and his softer side. Christina says it reminds her of a soothing lullaby and says she truly loved it. Pharrell says he made it his own and says Joshua really knows how to use his voice. Adam says the challenge has been to highlight what he does best and says not trying to compete very dramatic, giant vocalists that are competing with him. He says this did exactly that and he’s proud of him. Voting numbers: 855-VOICE-01 or text 1 to 8642