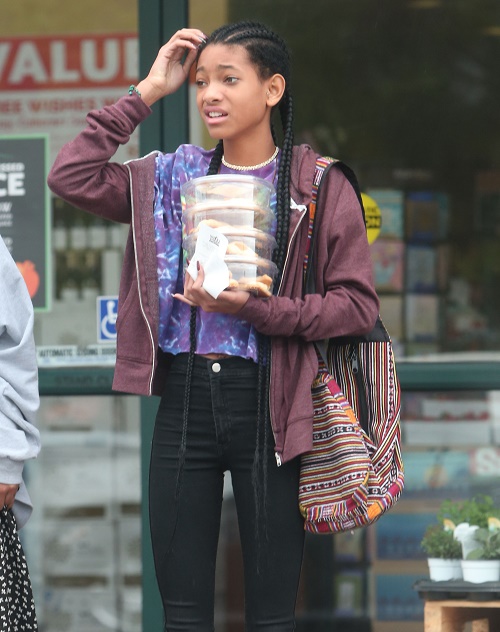 Everyone seems to think that Will Smith and Jada Pinkett-Smith are getting a divorce. That is, everyone except for their own daughter Willow Smith. Apparently, Jada and Will didn’t send her the memo. Divorce rumors surrounding Jada and Will have been picking up a lot steam over the course of the last few months – and the couple is supposedly set to make the official divorce announcement at the end of this summer, once they have all of the paperwork in order.

Willow Smith seems to think that the divorce rumors and reports about her parents Will and Jada are absurd though. The teen took to Twitter and laughed off the divorce stories, tweeting, “The media thinks my parents are getting a divorce every second hahaha!” Ironically, Willow seems more confident in her parents’ marriage than they do.
Recently, her mother Jada Pinkett-Smith paid Howard Stern a visit and when he asked about the rumors that Will was cheating on her, Jada snapped back, “I’m not his watcher.” Will technically denied the divorce rumors, but he didn’t exactly sound too happy about his marriage to Jada and told the reporter that “If he did decide to divorce his queen, he would let everybody know.” Weird…

Then again, at the end of the day, Willow might just be a delusional child who doesn’t want to see her family fall apart. She may act like she is in her 30s, but in all actuality she is just 13 years old. And what 13 year old wants to see her parents split up and get a divorce? More celebrity couples have split this summer than we can count on both hands, do you think Will Smith and Jada Pinkett-Smith will be the next? Is Willow in denial, or are the rumors absurd? Let us know what you think in the comments below!