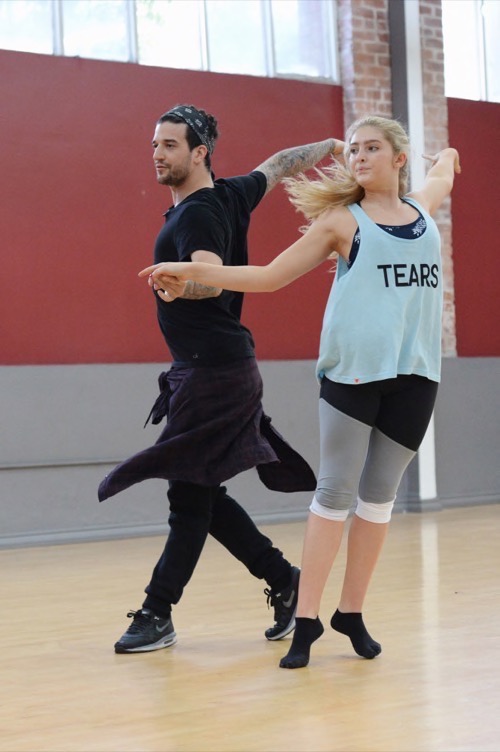 Tonight on ABC the glitz and the glamor returned to the ballroom for another great season of Dancing with the Stars.  On tonight’s premiere episode Willow Shields and his professional dancer Mark Ballas danced a Cha Cha to “Lips Are Movin’’ by Megan Trainor

If you don’t know who Willow Shields is 14-years-old and she is most notably recognized for her role as ‘Primrose Everdeen’ in the “THE HUNGER GAMES” franchise. The New Mexico native began acting at the age of seven when she followed her brother to an audition and booked a role in USA Network’s “IN PLAIN SIGHT.” Willow reprised her role as the caring, young healer in CATCHING FIRE and MOCKINGJAY PART 1. Fans around the globe now eagerly await the franchise’s climatic finale, MOCKINGJAY PART 2, which will be released this fall. When she isn’t working,Willow loves immersing herself in books and indulging in photography, exploring it as a powerful art form for self- expression. Willow is partnered with Mark Ballas.

Judges’ comments: Len: “A great start, well done.” Julianne: “You may be the youngest, but you have some sass, well done for your first dance.” Bruno: “The odds are definitely in your favor, that takes some doing. You broke the ice now, next time attack it more.” Carrie Ann: “You have incredible sophistication, I think you are going to go far.”