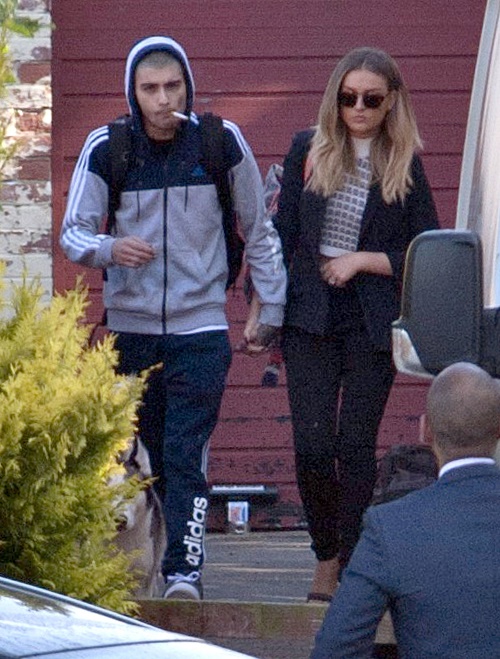 Is former One Direction singer Zayn Malik going to collaborate on a new song with his fiancée Perrie Edwards? According to a new report, that is definitely a possibility. Of course, Perrie, who is one fourth of a girls group called “Little Mix” and her fans are thrilled by the idea of a Perrie and Zayn love song. However, Perrie’s comments in a recent interview in the UK Magazine We Love Pop have raised a few diehard One Direction fans’ eyebrows.

When Zayn Malik confirmed that he was quitting One Direction and then he began working on a solo career, 1D fans began taking their frustrations out on his longtime girlfriend Perrie Edwards. They were certain that Perrie was the one who convinced Zayn to quit the band and go solo. After disgruntled fans lambasted Perrie Edwards on social media for a few months, she finally tried to clear the air and both she and Zayn insisted that she was not to blame for him leaving the band – and he made the decision all on his own.

Now, rumors are floating around that Perrie convinced Zayn to leave One Direction so that they could work on music together, a modern day Sonny and Cher – and One Direction fans are not happy about it! Of course, Perrie didn’t exactly deny the rumors during an interview with We Love Pop Magazine, she actually raved about how great they would be together on a song. Perrie dished, “He’s always been a fan of ours, which is really lovely. It depends what he wants to do, and he’s still deciding that. But I guess you never know.” A huge fan of “ours?” As in the whole band? Does that mean they are trying to convince him to be the fifth member of “Little Mix”

What do you guys think? Is Perrie Edwards responsible for Zayn Malik quitting One Direction? Does she want to be the next Sonny and Cher? Or is he hoping to add a male vocal to her group “Little Mix?” Let us know what you think in the comments below!