Zayn Malik’s One Direction Departure Pre-Planned: Knew He Was Going To Desert Months Prior To Announcement 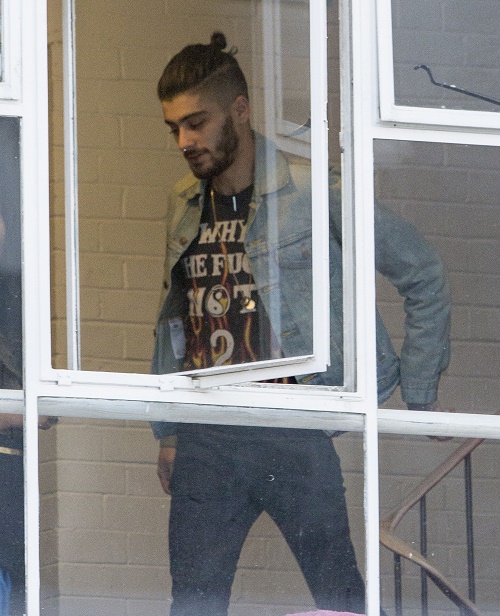 Over the last few days, it has become abundantly clear that Zayn Malik had been planning his escape from One Direction for at least a few months. ‘Escape’ might seem like a harsh term, but it is completely, utterly accurate. Billboard [and other legitimate sources] have been uploading reports all day confirming that Zayn had been planning his 1D exit for a while now, and that he had been withdrawn and dealing with anxiety for the past few months.

Plus, when Matt Lauer talked about rumors of ‘substance abuse‘ regarding Zayn Malik and his absence from the Today appearance in the fall of 2014 in Orlando, Florida, he might have been telling the truth. Zayn was quick to dismiss the rumors, but we know that he’s been having a lot of personal issues – and drugs might just be one of them, even if they’re prescription drugs and not heroin or cocaine. Billboard’s source also adds, “Zayn wasn’t sick when he missed Orlando … he’s had one foot out the door since then. He just didn’t want to do it anymore.”

Some people claim that he was sick of being famous and wanted to live a normal 22-year-old life, which is what Zayn himself claimed in his official statement. However, more well-placed sources have been saying that Zayn’s already pursuing a solo career, and that he just wanted to leave the band. It’s sketchy behavior, but that’s not the worst of it – apparently, he might even have been cheating on longtime girlfriend/fiancee, Perrie Edwards [again], with Swedish model Martina Olsson. This just adds to the building pile of cheating allegations concerning Zayn, which in turn adds to the sketchy, skeevy behavior that he’s been showing for the last few years.

What do you guys think about Zayn’s cheating rumors and his premeditated exit from One Direction? Are you surprised? Let us know your thoughts in the comments below.