Adele Pregnant At The 2017 Super Bowl: Singer To Make Huge Reveal At The Biggest Sporting Event Of The Year? 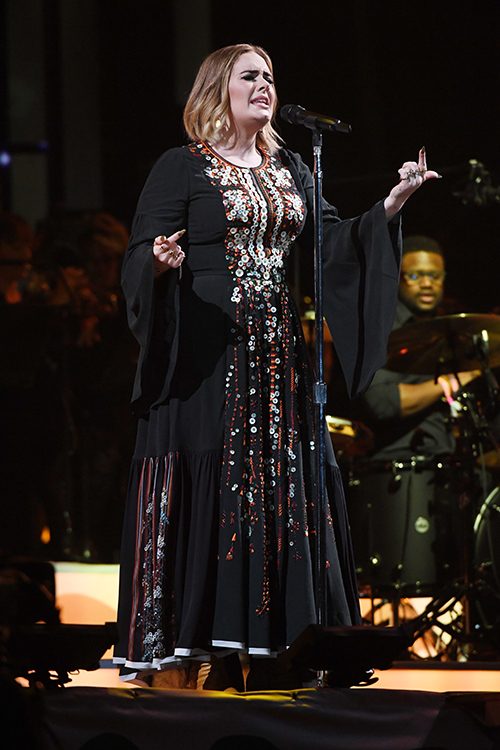 Adele pregnancy reports are making headlines again and this time around it looks like the chart topper herself might have ignited them. Adele’s big announcement might come sooner rather than later as there’s speculation that she might be expecting her second child with her long-term partner, Simon Konecki.

Adele and Simon Konecki already have one child, Angelo Konecki. The ‘Hello’ singer has made it no secret that motherhood has definitely changed her life for the better and that she loves her family life. But is Adele ready for another baby right now, despite her rigorous tour schedule and her upcoming performance plans? Will Adele cancel everything in order to stay home and rest before her new baby makes his or her debut into the world?

According to TMZ, Adele was recently spotted carrying several ‘congratulations’ balloons, leading to the reports that she might indeed be expecting again. Of course, Adele’s pregnancy might complicate matters for the British singer, as her grueling concert schedule has her performing in North America and Europe until May of next year. Plus, there are also reports that Adele might be performing at the 2017 Super Bowl, which of course would be major news for her millions of fans. Yet, if there’s one thing that is keeping her from sealing the deal it’s her pre-concert jitters and of course, expecting another baby on the way.

To complicate matters even more, Adele is known for pulling out of big concert performances at the last minute. While there’s no doubt that Adele’s Super Bowl halftime show would make more headlines that Beyonce’s show this year, it could also make or break her career. Unlike Beyonce, Adele is not a dancer or performer and doesn’t put on a show with outrageous costumes, suggestive dancing and built-in stage props that would guarantee a huge spectacle. Instead, Adele simply relies on her voice and if she’s either too nervous or too pregnant to perform, millions of views – along with all of her fans – would be left utterly disappointed with the result.

This reason alone is why Adele hasn’t signed her name on the dotted line with the NFL just yet. Plus, if Adele is indeed pregnant now, that means she would be close to her third trimester by the time the 2017 Super Bowl takes place, meaning she would be nearing her due date at the same time.

Tell us CDL readers, do you think Adele is pregnant? Is she worried about performing at the 2017 Super Bowl while being pregnant, too? Drop us a line with your thoughts in our comments section and don’t forget to check back with CDL on all the latest updates on your favorite celebrities right here.