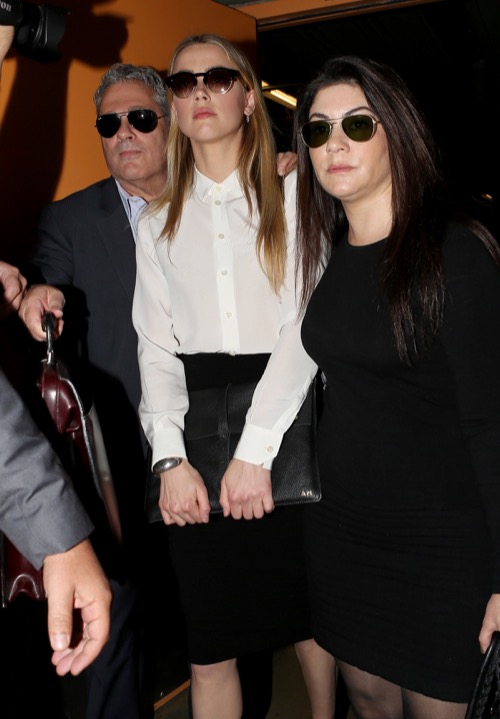 A private video of an angry Johnny Depp has been made public. Amber Heard allegedly didn’t release the video but she certainly set-up Johnny, provoking and secretly filming him. No one seems to know where this video came from but someone got their hands on it. The actor is paying dearly for the midlife crisis mistake of foolishly marrying a 20-something alleged gold-digger.

TMZ obtained the video in which Johnny berates Amber while the couple is in the kitchen of their home. Amber meekly apologized for something or other that she did.

Whatever it was Amber Heard did caused Johnny Depp to blow a gasket. The actor throws a wine bottle, a glass and it sounds as if there were other things thrown as well. TMZ reports that Amber gave a statement in which she denies making the tape public.

Sources close to Johnny say that this video has been extremely edited and that Amber purposely provoked Johnny to get the footage she wanted. The insider points out that in portions of the video Amber is smiling and taunting Johnny to get the reaction she wanted to film.

Amber Heard hasn’t been shy about sharing photos of her bruised face after allegedly being attacked by Johnny Depp. In 2014 Amber claims a medication was prescribed for her after Johnny abused her – and she has the photo to prove it.

Amber Heard also claims she has proof of medical treatment received in the past after being physically abused by Johnny prior to the May 21 domestic abuse incident at the couple’s home.

As previously reported, Amber showed up nearly two hours late last week in order to give a deposition in the divorce/domestic abuse case against Johnny. Amber was defiant – screaming, yelling and crying outside the deposition room. Amber, Johnny and their legal teams didn’t leave for nine hours and accomplished nothing.

The deposition is set to be taken from Amber Heard against Johnny Depp on Saturday, August 13. If the parties can’t settle this nasty divorce and it goes to court this tape that mysteriously appeared on Thursday, August 12 most likely won’t be admissible if Johnny was unaware that Amber was secretly taping the incident in order to make him look bad. The tape is only one incident in a long line of evidence that shows Amber Heard trying to damage Johnny Depp’s reputation in an attempt to force him to make a generous settlement.