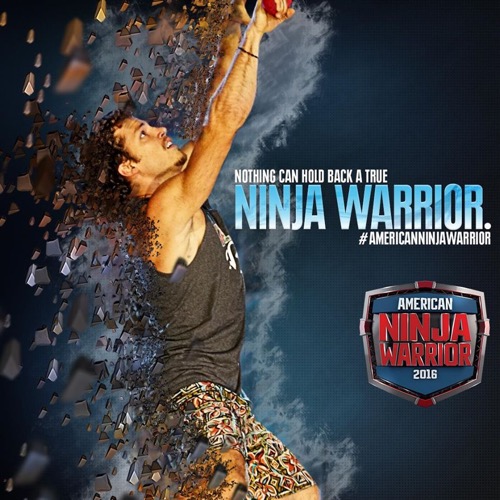 On the last episode, in a special “All Stars” episode, after a history-making seventh season, “American Ninja Warrior” celebrated with its first-ever All-Star special edition. Did you watch the last episode? If you missed it, we recapped it right here for you.

On tonight’s episode per the NBC synopsis, “the heart-racing obstacle course competition series “American Ninja Warrior” premieres for its eighth season this summer. The action-packed series follows competitors as they tackle the world’s most difficult obstacle courses in qualifying and finals rounds across the country.

Those that successfully complete the courses in each city will move onto the national finals round in Las Vegas and compete for a $1,000,000 prize. Four of the six obstacles on the Los Angeles course will be new to “American Ninja Warrior.” For the first time, competitors will face the Floating Steps, Tic Toc, Escalator and Ring Jump. Veteran Ninjas Kevin Bull, Jessie Graff and Grant McCartney return for another shot at completing the course.”

Tonight’s episode looks like it is going to be great and you won’t want to miss it, so be sure to tune in for our coverage of NBC’s American Ninja Warrior at 8:00 PM EST! While you wait for our recap hit the comments and let us know how excited you are for this new season!

#AmericanNinjaWarrior is at Universal Studios Hollywood tonight with Matt and Akbar. Veterans Kevin Bull and Flip Rodriguez along with Jessie Graff are here tonight. Tonight’s course has the I-Beam Cross, and the Warped Wall plus new obstacles Floating Steps, Tick Tock, The Escalator, and Ring Jump.

First up is stuntman Brennan Meija who plays the Red Ranger on Power Rangers. He makes it past the floating steps and heads to the Tick Tock. He gets stuck on the new obstacle and fights for a long time before he finally falls.

Tory Garcia is the first woman up and she competed in last year’s military qualifier. She’s in the Navy and is married to a Marine. She does the steps and heads for Tick Tock. She nails that too and moves on to the Escalator and is the first to face the new obstacle.

She does it easily and moves to the Ring Jump. She falls on the back side after the transition but it was a great run. Jackson Meyer is back again this year and the Eagle Scout is ready for his run. He makes it past the first two obstacles easily.

He clears the Ring Toss and will face the i-Beam next. The transition to the next level is killing him and he goes down into the drink. OON the break, Jake Dyke fell on the Tick Tock, Jennifer Bowman fell on the dismount, and Stephen Jackson went out on The Escalator.

Rookie Chad Sorrells is next. He’s a horse trainer. After his big talk about how he’s going to be the next Ninja Warrior and look good doing it, he goes out early on the Floating Steps. Next up is Tiana Webberley, a waitress and college student.

She trains with Flip Rodriguez and did Team Ninja Warrior with him. The former college pole vaulter easily makes it past the steps and then makes it past the Tick Tock too. The Escalator is no problem and then it’s the Ring Jump.

She clears those too and now she’ll face the i-Beam. She’s the first female to ever attempt it. She makes it past the transition and is down the back side. She almost makes it but falls at the dismount point. That was amazing.

On the break, Kate Ides went out on the Floating steps, Ben Antoine fell on the i-Beam Cross, and Shawn Ramirez also went out on that same obstacle. Next up is Steve Siever, a military veteran who struggled with the bottle after his wife left him and then he cleaned up his act and turned into a warrior.

He easily beats the steps then the other obstacles to make it to the i-Beam Cross which no one has surpassed tonight. He beats it and then is the first to face the Warped Wall which is even higher this year than it ever has been. He fails on try one.

Steve touches it on try two but can’t quite grab it and falls short on the third attempt too. He had the longest run of the night so far and the new wall height was just too much. Clifton Graves is on the course as we come back from the break.

He races through the first three obstacles then faces the Ring Jump. Matt and Akbar talk about how the 24-year old in glasses looks like Clark Kent. He can’t quite make it though and falls as he faces the second half of the obstacle.

Nick Hanson is back again this year – he was at the Venice Qualifier and is from a tiny Eskimo village in Alaska. He easily conquers the steps and the next obstacle and then faces the i-Beam Cross while the crowd chants “Eskimo.”

He makes it past this and now faces the 14.5 foot Warped Wall. The crowd chants. He makes it on the first attempt and is the first Warrior tonight to slap the buzzer. He tells Kristine it’s the best feeling in the world and dedicates his run to everyone back home in Alaska.

On the break, three more Warriors ran. Luke Mathews fell on the steps, Kapu Gaison bought it on the Tick Tock, and Chris LaBounty also fell short. Nolan Gardner was born deaf and had surgery to recover his hearing. He makes it past the first two and then faces the Rings but falls there.

YouTube sensation and pro rock climber Natalie Duran makes it through the first two obstacles then is on the Rings. She beats that obstacle then moves on to the i-Beam Cross. She beats that too and now will face the Warped Wall. Only four women have made the wall run.

She falls short and takes a tumble on her first and second runs. On her third run, she is so close but may have enough of a run time to make it to the finals.

Up next, flight attendant Grant McCartney is back this year. He conquers the steps easily and passes all the obstacles to the Rings. He makes a nice dismount and then faces the i-Bream Cross. He gets stuck a bit at the transition then moves on and lands neatly.

He faces the wall and makes it up easily to slap the buzzer as the second finisher of the night. He says this was a lot of fun tonight and his dad says he did well. He dances with Kristine to celebrate his run. Grant is at the top of the leaderboard with the faster time beating out Nick Hanson.

Next up is Sean Bryan who lives at a monastery. He wanted to be a priest but then changed his mind but stayed there anyway. Sean beats the Steps, Tick Tock and Rings. Then it’s time for the i-Beam and he flips at the transition and nails it perfectly.

Now he faces the Warped Wall and nails it to be the third finisher and shaves almost two minutes off the top time to take a major lead on the board. On the break, Cisco Diaz fell on Tick Rock while Nicholas Coolridge finished the course. Ben Melick, aka Tarzan, also beat the wall.

Next up is a 42-year old rookie and San Diego zookeeper Mike Burke lost his wife to cancer and is now a single dad. His kids watch his run. He struggles for a dismount after the steps but makes it then heads to Tick Tock which takes him out.

We just saw Flip Rodriguez at the ANW skills challenge and he’s ready to run tonight. The steps are no problem and Tick Tock is easy peasy. He runs the Escalator then powers through the Rings. He’s on to the i-Beam Cross and lands that then heads for the wall to beat the best time by less than two seconds!

The kids that Flip coaches, the Tadpoles, are there cheering as we see there are nine finishers but Flip is at the top. On the break, Josh Levin slapped the buzzer as a rookie. Veteran Brian Kretsch broke his leg last year but finished the course this year.

Ted Jung is in a tutu and also made it to the buzzer. The next full run we see is Jessie Graff and the crowed is stoked. Jessie beats the Steps, Escalator and Tick Tock then takes down the Rings as well. She moves on to the i-Beam Cross and powers through the first half easily.

She makes the transition and rocks the back half too. After a clean dismount, she faces the taller Warped Wall. She nails it and makes history! She’s the first woman to beat the new wall and to complete the LA Qualifying course. Jessie says she feels stronger this year and had to build more muscle.

Kevin Bull is up next – he’s the last run of the night. He is rocking the course like it’s in his backyard. The decathlete runs through the first three obstacles like they are nothing. A bunch of kids Kevin works with at an alopecia charity are there cheering.

He rocks the Rings and moves to the i-Beam. He’s going fast. He makes the transition and speeds along for a fast dismount. He’s poised to be fastest. He runs the wall and beats the fastest time by more than 20 seconds. He’s the POM Wonderful run of the night.

Kevin says he’s happy to have the kids there and says alopecia shouldn’t stand in the way of anything you want to do. He says he wants to get all the way to Vegas this year. There were 17 finishers including Jessie Graf but Natalie Duran will also make the top 30.