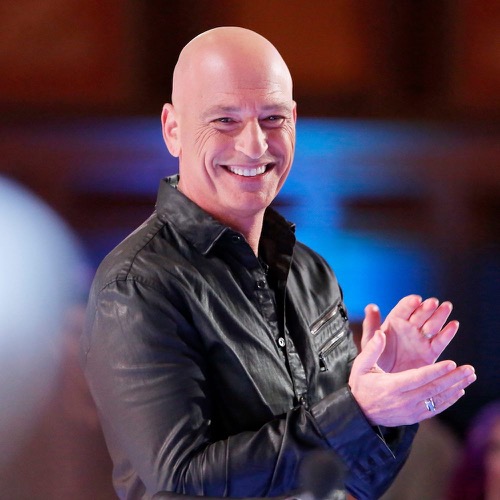 On tonight’s episode per the NBC synopsis “we’ll be getting a recap of the best moments of the auditions this season, including unseen footage.”

Tonight’s “Best of Auditions” episode of “America’s Got Talent” promises to highlight all the best cringe-worthy and awe-inspiring auditions of the season so far in two hours of jam-packed awesomeness courtesy of NBC and Executive Producer Simon Cowell.

The first half of tonight’s episode began with Sofie Dossi and her contortionist routine. Channeling Katniss, Dossi didn’t stop with mere body-breaking contortions, impressing the judges by shooting a bow with her feet. Next up, Sos and Victoria Petrosyan displayed a dazzling montage where magic met the catwalk. 13-year-old singer Laura Bretan wowed with her otherworldly opera stylings receiving a rare standing ovation from the judges and the highest praise from toughened critic Simon Cowell, in addition to a Golden Buzzer.

After the break, viewers saw clips of amazing magic and computer generated effects, leading up to the performance of The Clairvoyants. The mentalists stunned Howie Mandel by correctly guessing that he had eye drops in his pocket and the expiration date printed on the label, calling it “the most amazing thing I have ever seen. Ever.” Child magician Kadan Rockett, the youngest to ever be featured on the show, sawed his sister in half while Philadelphia Eagles player Jon Dorenbos killed with his simple card tricks, receiving a standing ovation and four yeses.

The next portion of the show focused on another kind of magic, highlighting couples who auditioned together. Jose and Carrie, a man and dog dancing duo, proved that man’s best friend is not only loyal but long-suffering as the dog pranced around his handkerchief waving divorcee owner. Adorable mom Alla and her eight-year-old son Daniel brought sass and sequins to an upbeat dance routine while bereavement counseling canoodlers Charlie, an Elvis impersonator, and go-go dancer Rose showed that Elvis, and their sanity, had definitely left the building as they thrust and gyrated their way through some of the King’s greatest hits.

Highlighting some of the season’s most dangerous stunts, The Russian Bar Trio performed daring feats worthy of Cirque de Soleil, while clips of board-breaking, freakish strength, and plain-old Jackass-style pain horrified, nauseated and mesmerized the audience in turn. Knife-throwers Alfredo and Anna Silva kept the audience at the edge of their seats while Ryan Stock and AmberLynn proved that the couple that shoves meat hooks up their noses and swings from them is a strong couple indeed. Duo Guerrero took their act outside tightrope-walking their way to gasps, wild applause, and four yeses.

Next up were a sampling of the season’s greatest seniors. Dance group The John Rothman Dancers received a standing ovation for their swing routine, Gary Sladek balanced on a stack of chairs, Ronee Martin brought the crowd to its knees with her soulful rendition of “Natural Woman” and retired aerospace octogenarian John Hetlinger growled and roared his way to head-banger infamy.

After the break came the freaks, oddities and fearless visionaries that make “America’s Got Talent” one of the most talked about shows on television. Viktor Kee, whose anatomically correct leotard raised eyebrows, received unanimous yeses by performing theatrical juggling. Vello Vaher balanced, leapt and climbed on his hands finishing with being hoisted into the air by his mouth. Ending on an even odder note, Tape Face, aptly named for the duct tape worn over his mouth, performed dubious puppetry with oven mitts.

The kids proved they could hold their own against the adults in the next portion of tonight’s episode. Starting off was six-year-old comedian Nathan Bocks whose jokes about the opposite sex earned him four yeses. Singer and comedian Ryan Beard’s self-deprecating song impressed the judge’s and earned him a spot in the next round. Homeless 14-year-old singer Jayna Brown’s vocal ability stunned the audience and left the judges speechless. Sal Valentinetti brought down the house with his Mafioso swagger and flawless rendition of Frank Sinatra’s “My Way” earning him the coveted Gold Buzzer.

The second to last portion of tonight’s episode was dedicated to this season’s best comedians. The audience’s enthusiastic response to transgendered Julia Scotti’s loudmouthed raunchy routine brought the comedienne to tears and drew admiration and unanimous yeses from the judges. Lorie Mae Hernandez’s searing jab at the expense of Donald Trump showed insight and chutzpah well beyond her thirteen years and was rewarded with a standing ovation and unanimous approval from the judges. Hearing-impaired performer D.J. Demers sparkled with his fearless jokes about his own sexuality, earning him the title of Howie Mandel’s favorite comedian so far this season.

The night’s final performances were dedicated to the best singers and musicians of the season. Group choir Musicality showed off their perfect harmony, mother-daughter act Edgar sang a touching version of “Stand By You” and Kadie Lynn Roberson’s country rendition of “Twinkle Twinkle Little Star” wowed the judges. Men’s group Linkin Bridge beatbox version of “Over The Rainbow” brought thunderous applause. O.C.D. sufferer Patrick and his dog Ginger performed complicated tricks and cancer-survivor Calysta Bevier brought down the house with her heartfelt performance of “Fight Song”.

Do you agree with tonight’s “Best of Auditions” lineup? Do you have a favorite that made you cry, laugh, cringe or gasp? Sound off in the comments below and stay tuned to Celeb Dirty Laundry for all the latest “America’s Got Talent” news and recaps!