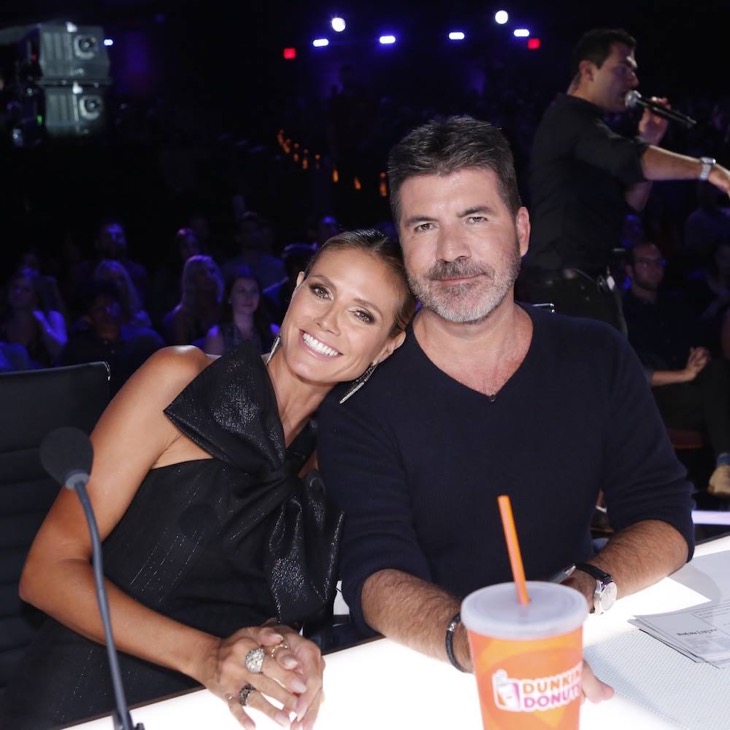 On the last episode, after having the most viewed audition in the history of the show, Grace VanderWaal was back to compete along with others to win America’s vote for a coveted spot in the Semifinals. Other fan favorites featured were singing group Linkin’ Bridge and Edgar and comedian Julia Scotti. Did you watch the last episode? If you missed it, we have a full and detailed America’s Got Talent recap America’s Got Talent right here for you.

On tonight’s episode per the NBC synopsis,  “America finds out, which acts are going to the semifinals, with judges Mel B, Simon Cowell, Heidi Klum and Howie Mandel. Nick Cannon Hosts.”

Tonight’s episode of “America’s Got Talent” will reveal who was cut from the competition after last night’s show.

The show starts off revisiting contortionist Vello Vaher’s performance. Simon gave the performance a red X but the other judges appreciated his unique talents.

Up next was singer Ronee Martin, whose performance of “Lean On Me” impressed the judges. Magician Kadan Bart Rockett and his sister Brooklyn. Their escape performance wowed the judges who were impressed by the showmanship and level of skill involved.

Linkin’ Bridge performed “You Are Always On My Mind” to positive reviews overall; Simon didn’t like the song choice, but liked the group overall.

Next up were dancers Daniel Joyner and his mother Alla, whose upbeat dance routine was not received favorably by the judges: Howie gave the dancing duo a red X and Simon suggested that Daniel go solo instead of dancing with his mom.

Magician Blake Vogt was next to take the stage and his several trick act blew the judges away.

Family musical group Edgar’s performance of “You’ve Got a Friend” was revisited next.  The family received a standing ovation from the judges.

Comedian Julia Scotti’s inappropriate routine resonated with the judges who liked her style.

Brazilian dance group Malevo competed next and received a standing ovation from the judges.

Juggling duo The Passing Zone were up next and their juggling of Howie, Mel B. and Heidi got positive, but not overly enthusiastic, feedback from the judges.

The final performance of the night was fan favorite Grace Vanderwaal who not only received a standing ovation from the judges for her original song but received the highest praise of the night including Howie’s statement that she is the biggest star that the show has ever produced.

The Live Results portion of the show begins with Nick Cannon introducing Michael Phelps to the crowd. The Olympian gushed about his infant son and how his determination to win paid off in a big way at this year’s games. There was then a quick rundown of the contestant’s performances from last night.

The acts who are eligible for tonight’s “Dunkin’ Save” are Linkin’ Bridge, Malevo and Ronee Martin.

Viewers are given 30 minutes to vote for which act they want to continue on in the competition.

The first act to make it to the next round is magician Kadan Bart Rocket and sister Brooklyn, while dancers Daniel Joyner and mom Alla are the first contestants to be eliminated. Fan favorite Grace Vanderwaal and soulful singer Brian Justin Crum also received enough votes to stay in the competition for another round.

The next contestant to move on to the semi-finals is family musical group Edgar. Both Julia Scotti and Vello Vaher were eliminated.

Magician Blake Vogt is the next contestant voted to continue on in the competition, while jugglers The Passing Zone are being sent home.

In honor of Michael Phelps’ guest appearance, Simon ranked the other judges on several criteria in an Olympic style contest. The first contest is “who has the worst accent?” and Simon ranked the judges in the following order: Howie #3, Heidi #2 and Mel B. #1. The second criteria is “who is the most irritating” with Heidi and Mel B. sharing #1 and Howie at #3. Next, Simon placed all the judges in the #1 spot in answer to the question “who is the biggest diva?” The final question is “with whom would you most want to be stranded on a desert island?” with Nick Cannon at #1 and none of the other judges ranked.

The winner of tonight’s “Dunkin’ Save” vote is Malevo. The judges pick for the final spot is Linkin’ Bridge, with three out of four judges’ votes.

After tonight’s live results, the acts that are continuing on to the semi-finals are: Kadan Bart Rockett, Grace Vanderwaal, Brian Justin Crum, Edgar, “Dunkin’ Save” winner Malevo and judge’s pick Linkin’ Bridge.