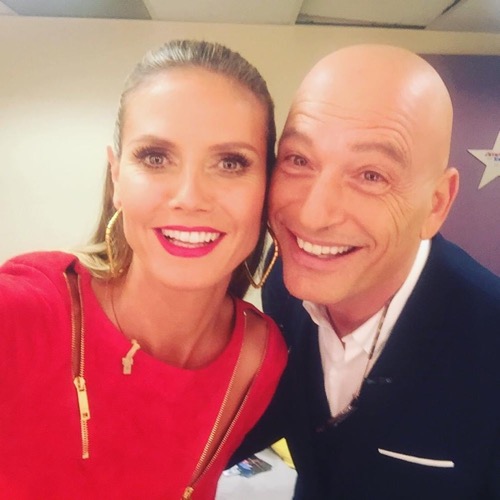 On tonight’s episode per the NBC synopsis, “only five of the previous night’s performers will move on to the Finals. Tonight, viewers will have one last chance to send their favorite act to the Finals by using Google Instant Save. Featuring special guest performances and hosted by Nick Cannon.”

Tonight’s episode of “America’s Got Talent” will reveal the live results of yesterday’s performances. Eleven semi-finalists competed but only five will receive enough votes to continue on to the finals for a chance to win their own show in Las Vegas and $1 million.

Starting off tonight’s show is a magic act by Darcy Oake from The Illusionist featuring slight of hand tricks.

The three “Dunkin’ Save” acts that are in danger of being eliminated tonight are Edgar, Laura Bretan and Tape Face. There was only a 1% difference in the voting results between each of the contestants.

The first contestant to receive enough votes to continue on to the finals is Grace Vanderwaal. Both Musicality and Lori Mae Hernandez are eliminated from the competition.

Sal Valentinetti then becomes the second contestant voted to remain in the competition, while Malevo is sent home.

Tonight’s third contestant to be chosen to continue on to the finals is Jon Dorenbos, while both Blake Vogt and Deadly Games are eliminated.

The “Dunkin’ Save” contestant who received the most votes from viewers is Tape Face. The contestant chosen by the judges is Laura Bretan, while Edgar is sent home. The judges’ wild card pick is Passing Zone, who received votes from all of the judges except Simon, and will return to compete in the finals.

The five contestants who will continue on to compete in the finals for a chance at a $1 million prize and their own show in Las Vegas are Grace Vanderwaal, Sal Valentinetti, Jon Dorenbos, Tape Face and Laura Bretan. The judges’ wild card pick, Passing Zone, will also be competing.