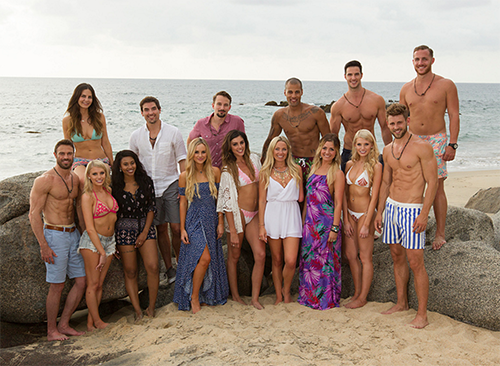 Bachelor In Paradise 2016 spoilers tease that Season 3 of The Bachelor spinoff will premiere on ABC on August 2, and it will be packed full of trashy reality TV drama. Of course, the fact that the infamous Chad Johnson from Jojo Fletcher’s season of The Bachelorette will be in paradise definitely adds to the madness.

When The Bachelor In Paradise 2016 spoilers teased that Chad Johnson would be in paradise, we were thrilled. We aren’t exactly huge fans of Chad, but he definitely keeps things interesting. Sadly, according to BIP spoilers, Chad Johnson’s time in paradise will be VERY short lived.

Bachelor In Paradise Season 3 spoilers reveal that Chad Johnson will arrive during the premiere, and it won’t take him long to get in the middle of some drama. Apparently, Chad Johnson will kick off day one in paradise with a love triangle with Grant Kemp over Lace Morris (from Ben Higgins’ season). It’s not long before all hell breaks loose.

Honestly, we are kind of sad that Chad Johnson won’t be in paradise for long, but we get that he is a bit of a liability for ABC. Do you think that Chad Johnson crossed a line, or should he have been given ore time in paradise? Share your thoughts in the comments below and don’t forget to check CDL for all of your Bachelor In Paradise 2016 spoilers and news.