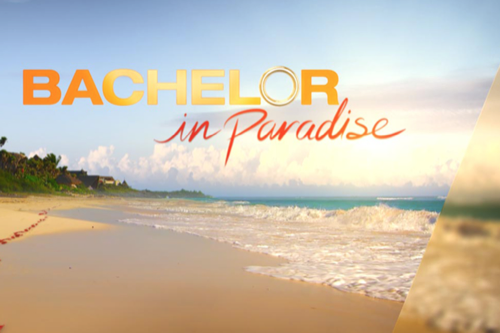 Bachelor in Paradise airs on ABC this evening with an all new Monday, August 15, season 3 episode 3A and we have your Bachelor in Paradise recap below. On tonight’s episode, a newly single bachelor makes a desperate plea for the heart of a taken woman.

On the last episode, the women had the power, and things were really beginning to heat up! There were a few couples who had established their relationship in the house and weren’t afraid to show it. Did you watch the last episode? If you missed it, we have a full and detailed Bachelor in Paradise recap right here for you.

On tonight’s show as per the ABC synopsis, “a newly single bachelor makes a desperate plea for the heart of a taken woman; the unattached guys try to bring their A-game to the cocktail party so they won’t be sent home.”

Tonight’s episode of Bachelor In Paradise kicks off where we left off last week – Carly just dumped Evan, but he is desperate to get a rose, so he decides that he will try to make a move on Amanda. The only problem is, Amanda seems to be hooking up with Josh Murray and does not appear to be interested in any one else.

Amanda is obviously a little confused as Evan says that he has been “watching her from afar.” Evan says that he came to Paradise just for Amanda – and he wants to know if she would ever consider giving him a chance. Meanwhile down on the beach, Josh doesn’t seem to concerned, and he begins to devour an entire pizza while he waits for Amanda to return.

Amanda lets Evan down easy, she says that she actually cares about Josh and she doesn’t want to mess things up with him. Evan just wants to let her know that he is interested in her, in case things with Josh don’t work out. Amanda heads back to her spot with Josh on the beach, she tells Josh all about it, and she feels horrible that she just broke his heart.

It’s time for the next rose ceremony, there are 9 guys and 7 women in paradise right now. The women are handing out the roses, so that means that 2 guys will be going home. They head to the cocktail party and Chris Harrison meets them – he cracks jokes about how sweaty Josh Murray is. And, he’s not exaggerating, Josh might want to get that checked on.

The guys have roughly an hour to rush around with drinks and campaign for roses. Its pretty clear that Evan isn’t going to score a rose. Meanwhile, Christian is working hard to make sure that he gets Sarah’s rose. But, he might have some competition, Daniel is determined to get Sarah’s rose, and he might succeed at it.

Before it is time to pass out the roses, Evan decides to embarrass himself one more time. Evan heads down to the beach and steals Amanda from Josh one more time. He takes Amanda aside, he knows that he is going home, but he just wants to warn Amanda about what he read in Andi Dorfman’s tell-All book.

Before Evan leaves, he wants Amanda to know that Josh is emotionally abusive, and he has a bit of a temper according to his ex Andi. Amanda is pretty upset, and everyone is gossiping about it in paradise – it’s not long before Josh learns that Evan threw him under the bus.

Josh is not a happy camper, he confronts Evan about throwing him under the bus and telling Amanda that he has a temper. Everyone at the cocktail party watches as Josh and Evan wander down the beach together – there is no telling how this is going to go. Josh begans ranting at Evan that he has “no right to judge him.”

Josh just wants everyone to get along, he throws in a few clichés about “life being too short to be angry.” Evan isn’t buying it, he thinks that Andi’s book is 100% correct about Josh, and that he is being fake with everyone in Paradise. Josh insists that Andi’s book was pure fiction, and nothing she said about him was true. Evan scoffs that Josh is just “spouting inspirational quotes.”

While Josh and Evan are down on the beach arguing, Nick decides to use the time to talk to Amanda. Nick actually knows Josh first-hand, and he points out that he was in the book too and some of the things that Andi said about him were definitely true – so maybe some of the things that she said about Josh were true too. Nick gives Amanda some solid advice and tells her to just keep her eyes open and ask the right questions when she is dealing with Josh.

Josh comes back from his chat with Evan and sit down with Amanda. He tells her how much he likes her – he insists that she has nothing to worry about. Josh thinks that Evan is just trying to break them up because he is jealous of their connection. Amanda is definitely looking at Josh in a different light now, but it doesn’t look like she will be dumping him any time soon.

The next morning, there is a new arrival in Paradise, it’s Caila Quinn. She was in the finals on Ben Higgins’ season of The Bachelor. She was almost the new Bachelorette, then at the last minute ABC dropped her and chose Jojo instead. Of course, Caila shows up with a date card – all the girls are sweating and afraid that they are going to lose their guys to Caila. Caila seems to have her eye on Nick and Jared.

It doesn’t take long before Cail decides to use her date card on Jared. Before Jared gives her an answer, he tries to talk to Emily about it. Emily has been hanging out with Jared, and she thought they both liked each other, she’s pretty upset and just tells Jared to go. Emily stays behind, and is hopeful that Jared will come back and realize that he likes her more. It doesn’t look like that will be the case though – Jared and Caila are definitely hitting it off. They spend the afternoon kissing on the beach.

Meanwhile back at paradise, another date card arrived. It’s the first ever double date in paradise. Izzy and Lace choose to take Grant and Vinny…no one is shocked, the foursome has been inseparable since they arrived. Sarah and Carly are pretty upset that they didn’t get a date card – Carly rants that they have just been sitting around like “old maids.” Caila and Jared return from their date and brag about how much fun they had – things get awkward, Emily is not a happy camper.

Jared takes Emily aside after his date. He tries to let her down easy and explains to Emily that he has had a change of heart and he wants to pursue a relationship with Caila. Emily is devastated, she heads to her room to cry, and sobs that she doesn’t understand why guys always choose ugly girls over her.

The next night, Izzy and Lace head out on their double date with Vince and Grant. They have a romantic dinner together on the beach – they sip their wine and go around in a circle and talk about what they love most about each other. Meanwhile back in Paradise, Carly and Sarah decide to invite Daniel and Evan over for their own little double date. They play drinking games, and then things get super awkward because Evan tries to kiss Carly again, they call it a night.

Evan heads back to his bedroom, but he doesn’t look so good. He stumbles down the stairs and crawls in to his bed. A few hours later, one of the producers check on Evan and they can’t wake him up. They have no choice but to call in a medic. Someone wakes Carly up and tells her that there is something wrong with Evan, she rushes to his room. Evan is wide awake and super confused – he tells Carly that he just woke up and there were medics there with him.

He insists that there is nothing wrong with him. The medic tells Carly that she is going to have to stay the night with Evan to keep an eye on him. Carly reluctantly agrees – but she is suspicious that Evan might be faking the whole thing so she will spend the night with him.

Izzy, Vinny, Lace, and Grant head to a bar after their dinner. It doesn’t take long before Lace gets a little drunk and has an altercation with a random girl, of course, firefighter Grant comes to her rescue and saves the day.

Tonight’s episode ends with Nick Viall sitting alone on the beach in the dark, he doesn’t understand why he hasn’t found love in Paradise, and he keeps getting dumped for Josh Murray. Ashley Iaconnetti arrives in Paradise, and no one knows that she is coming. Of course, she is coming for Jared…again. Little does Ashley know that he has already been dating Caila.THE END!