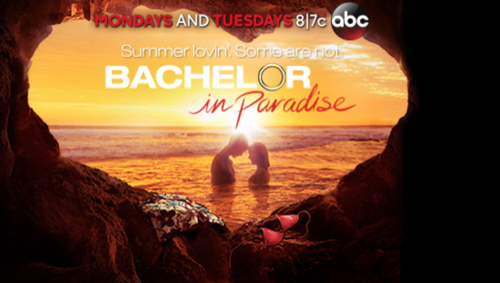 Bachelor in Paradise airs on ABC this evening with an all new Monday, August 8 season 3 episode 2 and we have your weekly Bachelor in Paradise recap below. On tonight’s episode, one bachelor is forced to exit paradise early and insults Chris Harrison and his cast mates on his way out.

On the last episode, season 3 began with the cast arriving on the shores of Playa Escondida in Sayulita, Mexico, and getting acquainted. Did you watch the last episode? If you missed it, we have a full and detailed Bachelor in Paradise recap right here for you.

On tonight’s show as per the ABC synopsis, “one bachelor is forced to exit paradise early and insults Chris Harrison and his cast mates on his way out. Back at the house, everyone celebrates his departure as they get back to finding love.”

Tonight’s episode of Bachelor In Paradise kicks off with the aftermath of crazy Chad. Once they get Chad off the property, the real drama begins. This week the guys have the power, so the girls are scampering to connect with a guy before the rose ceremony. Of course, another girl arrives, to make it even harder to get a rose. Leah, from Ben Higgins’ episode of The Bachelor, makes her Bachelor In Paradise debut. It doesn’t take her long to try to sink her claws in to Nick Viall, she invites him on a 1-on-1 date with her. Amanda Stanton is a little disappointed, she was interested in Nick.

Meanwhile, Lace is on the beach at the bar hanging out with Jorge. She confesses to Jorge that she is scared that she won’t get a rose and will be sent home. Lace is scared that her whole episode with Chad has ruined her chances with Grant. Vinnie tried to give Lace a pep-talk and told her that she should talk to Grant. Vinnie plays matchmaker and sends Grant to the bar to talk to Lace. Grant is sweet to Lace and tells her that they can start over fresh and act like last night never happened.

Nick and Leah head on their date, they attend a Margarita Festival in town. They seem to be hitting it off, after a few hours, they head down to the beach. Leah jokes that they are both a little drunk, and then they start making out in the ocean.

Leah is certain that she is getting a rose from Nick. But, the next date another date card arrives. And, it’s for Nick. Even though he just made out with Leah, he decides that he wants to take Amanda on this date. Leah begins acting strangely and keeps joking that Amanda is “trying to be with her.” The twins think that Leah is being “super creepy.”

Nick and Leah head out for a romantic dinner together, they are really connecting, and it’s obvious their feelings for each other are real. Nick’s date with Amanda makes his date with Leah seem like a total joke. They open up and discuss what they are looking for in a spouse, Amanda raves that this is “the best first date she has ever been on.” After dinner they head down to the beach and kiss and cuddle next to a bonfire.

Back in Paradise, Leah is miserable because she thought that Nick really liked her. She heads down to the beach to cry and feel sorry for herself. Leah sobs that she “Has bad luck” and for once she just wants to get the guy. She heads to bed early and broken hearted.Things in Paradise are starting to get interesting. Lace and Grant are hitting it off, after some heavy making out on the beach, they head back to the bungalows and lock themselves in a room. They toss a towel over the camera, but judging from the moaning that is coming from the bed – Grant and Lace definitely hook up.

Things in Paradise are starting to get interesting. Lace and Grant are hitting it off, after some heavy making out on the beach, they head back to the bungalows and lock themselves in a room. They toss a towel over the camera, but judging from the moaning that is coming from the bed – Grant and Lace definitely hook up.

Later that night, it’s time for the first rose ceremony of the season. The girls are all panicking, at least two of them will be going home. If one of the twins gets a rose, then the other twin will be automatically safe as well. Chris Harrison arrives, and the cocktail party kicks off. The girls all start working their magic, and taking the guys away for 1-on-1 time.

Sarah and Vinnie share their first kiss. Then Izzy interrupts and asks if she can talk to Vinnie alone. Izzy obviously has no idea that Vinnie and Sarah are getting so close already. Vinnie leans in and kisses Izzy too, less than 10 minutes after he made out with Sarah. Meanwhile, Leah is working hard to convince Nick Viall that she should get his rose instead of Amanda. She is certain that she is the type of woman that Nick really wants to be with, not a mom.

The next day, the mood in Paradise seems to shift – now the girls have the power and the guys are trying to make sure that they score a rose. Nick isn’t too stressed though, he is certain that he and Amanda have a connection. Little does he know, his nemesis Josh Murray (Andi Dorfman’s ex) is on his way to Paradise, and he has his eye on Amanda.

Josh Murray slinks in to Paradise, the girls are all in disbelief over how handsome Josh is, and none of the guys are thrilled to see him there. Josh steals one of the twins first, then he sits down with Izzy. The other guys all sit on edge and wait to see if Josh steals their girl, Josh seems to be hitting it off with Amanda and Nick Viall is sweating bullets. It looks like history might be repeating itself, and Nick and Josh are going to be fighting over the same girl again.

Josh Murray has a date card – and he asks Amanda out, she accepts. Nick is not happy, he knows that Josh is only going after Amanda because he knows that Nick likes her. While Josh and Amanda are gone on their date, everyone gossips about the new addition to Paradise. Everyone thinks that Josh is being fake, and he is just using Amanda to get under Nick’s skin. Nick tells everyone that Andi wrote in her tell-all book that Josh was very aggressive, and he had a temper, he was borderline verbally abusive. Meanwhile, Josh and Amanda are out on a boat together. Amanda asks him about Andi’s tell-all book Josh says that the book is pure fiction and Andi made up the stories about him.

Nick wanders up and down the beach by himself and wonders what is going on during Josh and Amanda’s date. Little does he know, things are going very well, and Amanda is currently kissing Josh on the boat.

Evan is smitten with Carly, but she has been hiding from him all day. Evan is a little annoying, and Carly has zero interest in him. To Carly’s dismay, Evan gets a date card, and he of course invites her. Carly is put on the spot and she doesn’t know how to say “no,” so she agrees.

Evan and Carly head to a hotel, they think they are going out to dinner, but when they arrive – Chris Harrison is waiting there for them with about 1,000 screaming fans. Chris tells them that they are going to try and break a Guinness Book of World Records for the “hottest kiss.” Carly and Evan both have to eat a Habanero pepper, and then kiss for a minimum of 90 seconds straight. Carly is completely turned off by the idea. But, she doesn’t really have a choice, considering there are 1,000’s of people standing there cheering for them. They share their first kiss and they beat the world record. Then, Carly rushes to the bathroom and throws up – she says it’s not from eating the pepper, it’s from having to kiss Evan.

Josh and Amanda return to Paradise, and things are awkward. Nick and Josh have an awkward conversation about Amanda. They throw a few jabs at each other. Nick can’t believe that Josh already thinks he and Amanda are in a relationship. Josh makes a point of kissing Amana in front of everyone, including Nick. Everyone feels bad for Nick, this is the second girl that he has lost to Josh Murray.