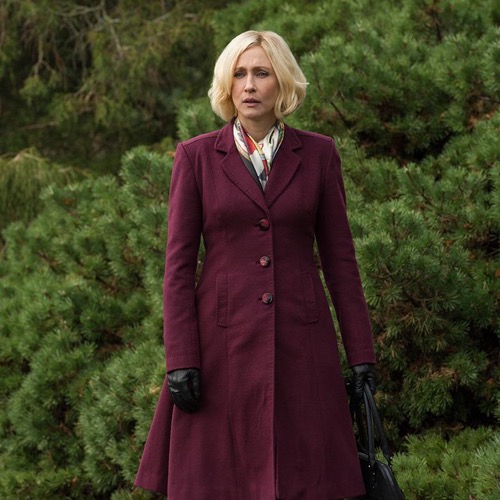 Bates Motel airs tonight on A&E with an all new Monday April 11, season 4 episode 5 called “Refraction” and we have your weekly recap below. On tonight’s episode, Norman (Freddie Highmore) tries to confide in Dr. Edwards, but worries he may reveal too much.

On the last episode, Norman went on an adventure with a new friend; Norma got a taste of happiness at a festival in White Pine Bay while Romero faced a potentially awkward situation; and Dylan was caught between two families. Did you watch the last episode? Did you miss it, we’ve got a detailed recap right here for you.

On tonight’s episode as per the A&E synopsis, “Norman tries to confide in Dr. Edwards, but worries he may reveal too much. Also: Norma hires a craftsman to fix a window and Romero uncovers a crime that threatens his new life.”

Tonight’s episode is going to be a great one and you’re not going to want to miss it. Bates Motel airs on A&E at 9:00 PM EST, while you wait for our recap hit the comments and let us know how excited you are about the season 4 episode 5.

Someone had ransacked Norma’s house on tonight’s episode of “Bates Motel”. Unfortunately, someone had thrown a rock through the window and then it seems like the perpetrator just went about flipping over all of the furniture. As if they were looking for something, but Norma was having some problems in understanding why she had been targeted. She told Romero that she had been so caught up with getting married and getting Norman into a facility that she actually hadn’t had time to tick anyone off.

Yet, Romero told her that the break-in hadn’t been her fault. He said that he was a sheriff and that occasionally he has to upset people as part of his job. So he told Norma that the mess was probably his fault and not Bob Paris. The man that Norma had instantly thought of when she tried to remember who would want to send a message.

Only Bob’s dead. He had in fact been dead for a while, but Romero wasn’t letting anyone that because then they would want to ask how he knew and he couldn’t exactly tell them that he had killed Bob Paris. And then let the body sink to the body of the ocean with the crime scene.

So Romero just told his wife that the scene had been his fault. However, Norma really liked that window. She said it went with the house and so she looked into replacing it if not fixing with something similar. And oddly her stop at the local hardware store drew some attention. Chick or at least that’s what he calls himself had seen Norma enter the store and ask for help with her window so he decided to follow Norma back to her house.

There, he claimed that the hardware store had referred him to her because they knew he was handing and looking for work. But he managed to throw off suspicion by talking about the architectural style of the house as well as the window itself as if he truly knew what he was saying. And so Norma hired him because he seemed genuine.

Meanwhile, however, the other man she had underestimated was buy tracking down Rebecca. The sheriff had seen Rebecca back at the Winter Festival and more importantly he recognized that she had been upset that night to see him with his wife. So Romero had thought that Rebecca had been behind the break-in and he had question her over it. And she had denied it.

She said she had been at the festival too so how could she have done it. Yet, before their conversation was truly over, Rebecca had asked Romero again if he didn’t have the key. The same key that could potentially lead to her arrest. And so after it had been Romero’s turn to issue a denial, she stopped him from leaving just to say that she can’t go to jail.

And take from that what have you!

Though later there had been an incident at Pineview. Norma had been very clear from the beginning that she wanted to visit Norman from the first day at the facility, but Norman had needed time to adjust and then he had accused her of multiple murders so she had tried to give him that time he needed. Only Norman had made a connection, that didn’t seem that implausible, between his mother wanting to see him and her getting fed up with waiting. So he did what he normally does. He convinced himself that she had come back to visit him and that they were able to talk.

Only none of it happened. Norman had simply conjured up an image of the woman he thinks his mother is (the cold and ruthless killer) and he had let his otherside convince him that the doctors didn’t truly want to help him. They instead wanted to hurt him by bringing up his father and the tense relationship that Norman had with him.

So Norman had gone back to therapy and had told Dr. Edwards that he didn’t understand him. But when the therapist asked why Norman thought that, Norman brought up his mother and the recent visit he had with her. And therefore the doctor had to be the one to inform that the visit never happened seeing as Norma hadn’t checked in to see him.

And so that’s when the incident occured. Norman had caused a scene in the doctor’s office and the doctor had calmed him down yet Edwards hadn’t been left dealing with Norman after all of that. He had actually been talking to someone that introduced herself as Norman’s mother. And Norma accused the doctor of trying to take advantage of her son.

Thus Edwards finally got to meet Norman’s other personality.

But while it was dangerous to have that particular Norma talking to anyone, the police had already notified Edwards that they had checked into Norman’s earlier claims about his mother being a murder and they told the doctor that it was likely Norman had made everything up. So Dr. Edwards didn’t know that he was speaking to a killer or that Norma was dangerous. And that led to him believing Norman wasn’t dangerous.

Yet, he was and in a way so was Romero and Chick. Only Norma either talked herself out of seeing or she didn’t care about it until it was too late. Norma had later asked Romero about Bob and she had basically let him know that she knew what he did. That he had killed someone. And that she didn’t mind that part though she had initially been upset that he hadn’t told her right away.

So that was something they had worked through and yet it hadn’t been as half as scary as when Chick revealed that he knew Caleb had raped her which resulted in Dylan. And then he had made his proposition. He wanted Caleb dead and so he told Norma that she should help him with that seeing as the only other conclusion he could draw from it was that she had liked what happened between her and Caleb.