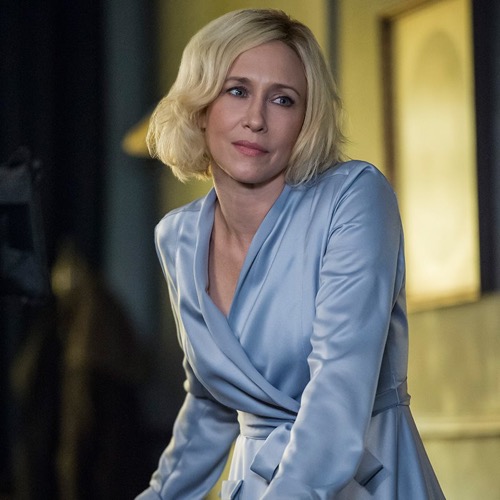 Bates Motel airs tonight on A&E with an all new Monday April 18, season 4 episode 6 called “The Vault” and we have your weekly recap below. On tonight’s episode, Norman (Freddie Highmore) digs into his past and confronts some painful truths; Norma (Vera Farmiga) tries to hide a secret of her own.

On the last episode, Norman (Freddie Highmore) tried to confide in Dr. Edwards (Damon Gupton), but worried he may have revealed too much. Also: Norma (Vera Farmiga) hired a craftsman to fix a window and Meanwhile, things didn’t go any better for Romero (Nestor Carbonell) who uncovered a crime that threatened his new life. Did you watch the last episode? Did you miss it, we’ve got a detailed recap right here for you.

On tonight’s episode as per the A&E synopsis, “Norman digs into his past and confronts some painful truths; Norma tries to hide a secret of her own; and Romero puts his career at risk to help an old friend.”

Tonight’s episode is going to be a great one and you’re not going to want to miss it. Bates Motel airs on A&E at 9:00 PM EST, while you wait for our recap hit the comments and let us know how excited you are about the season 4 episode 6.

Dr. Edwards explained to Norman what DID means on tonight’s episode of “Bates Motel”. Apparently the therapist had wanted to explain Norman’s condition to him in order for Norman to understand why he has blackouts and may be a little confused at times. So he told Norman how the disorder tends to begin as a form of protection. Norman had either see or gone through some type of trauma that he knew he couldn’t handle on his own so his brain came up with a protector. Who in Norman’s case turned out to be his mother.

So Norman had asked the doctor some questions. He had wanted to know what this other “Norma” was like and why she had come out during their last session because he hadn’t remembered going back to his room. However, the only thing that Dr. Edwards could tell him was that “Norma” had come out to protect Norman from him for some reason and oddly Norman had shut down soon after that. He said his blackouts tend to give him a headache and so he had asked to be excused early.

Which Dr. Edwards didn’t have a problem with. The therapist thought they had made a breakthrough so he had let Norman go. Only Norman had actually been a lot more upset after hearing Dr. Edwards had to say than he let on. Maybe Norman had simply remembered all the times that he had blacked out before or maybe the therapist had made him think about his real mother who hadn’t gotten back to him or tried to see him lately. Either Norman had gotten curious about his childhood and later asked his brother if he could remember anything about his dad Sam.

And Dylan tried to Norman what he could. He mentioned that Sam had a bad drinking problem that had made him treat everyone around him very badly. Most especially Norma. Though Dylan couldn’t recall a lot of details because he eventually began to spend a lot of time out of the house just avoid Sam. So Norman told him nevermind. Adding that neither of them should remember things best left in the past.

Much like their mother’s philosophy. So when Dylan talked to Norma about how Norman was doing, he told her that Norman was getting better. He said his brother seemed happier and that Norman has gotten used to his situation. And so he had reassured Norma that there was nothing to worry about.

Norma though was worried. She had been threatened by Chick and she had nowhere to go for help. He told her that it could easily become common knowledge that she once slept with her own brother and that Dylan was a result of it. But in return for keeping quiet, he wanted her help in finding her brother Caleb and she just knew he would hurt Caleb the second he finds him. So Norma wasn’t really given a lot of choices.

She could let Chick blow up the life she had finally made with Romero or she could get Caleb killed. So there were a few ways this would play out, but Norma came to a decision when she chose to grill Dylan over his father’s last whereabouts and she had downplayed it by saying she had merely been worried about Caleb. Norma said Caleb had left town in quite a hurry and that he might have gotten mixed up something.

Only Dylan didn’t seem to be too worried. He felt like Caleb had left town and him because he wanted to so he didn’t really care about finding his dad who abandoned him for a second time. However, he wanted to move on from what had happen with Caleb and so he told his mother the name of the hotel that Caleb last worked at. And then he left to get his affairs in order before the move.

Dylan was moving to Seattle with Emma and her dad and at first Norma had been fine with his decision. Though later he had come back to the house a lot had changed. Norma was no longer in a good mood and her son hadn’t known why, but he had known that she had found Caleb and had probably convinced Caleb to call him. Which Caleb did.

Caleb had apologized for leaving the way he did and he had said that he would have liked to have stayed around for Dylan yet he couldn’t because he had gotten into some trouble. But Dylan had asked Norma about Caleb once he got back home and she hadn’t wanted to talk about it. So Dylan had let it go though, while he was packing his bags, he found something. He found the same stuff animal that Emma’s mother tried to give her when she visited the hospital.

So Dylan could have asked Norma about that as well, but he decided not to. Instead he chose to investigate what happened to Emma’s mother on his own. Meanwhile the reason Norma had suddenly become so cranky is because she had found out where Caleb was and just couldn’t go through with Chick’s plan. She thought she could and she couldn’t.

And her backup plan of killing Chick hadn’t worked out either because she hadn’t been able to pull the trigger even when she had the perfect opportunity. So Norma believes Chick is going to reveal her secret and she’s been waiting around for her whole life to blow up. However, Norma ultimately was the one to tell Romero herself what happened. Including that Chick had tried to use her to get to her brother.

Norma had had enough so she told Romero that she would understood if he left, but he didn’t want to leave her. Romero apparently loved her just as much as she loved him. So they’re staying together for now. And the only other hurdle they have to get across is Norman.

Norman hadn’t been told about his mother’s new marriage because she had thought he was too fragile. Only Norman had made a new breakthrough in therapy. His doctor had talked to his other personality about the event she didn’t want Norman to remember and it turns out Norma had tried to get leave her former Sam one day, but he had caught her before she could find Dylan and take the boys somewhere safe. So Sam had gone on to rape Norma to teach her a lesson and Norman had been trapped under the bed as it happened.