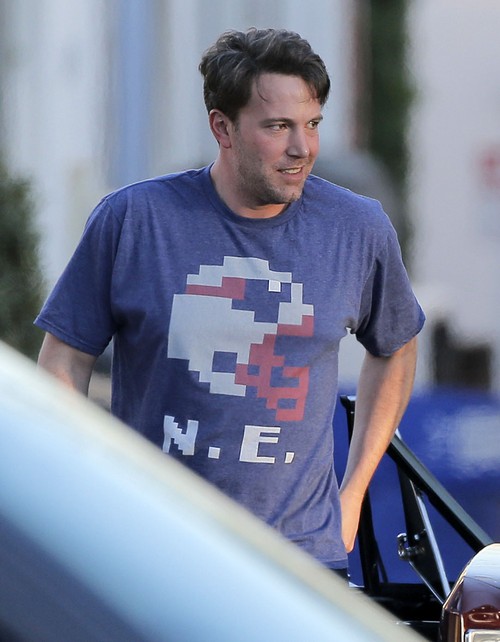 Ben Affleck and Jennifer Garner are spending Valentines Day together in Montana amid talks of a possible reconciliation. Although the couple claims to be focused on putting family first, friends close to the two have high hopes for romantic results at the end of this family getaway.

Certainly this is not the first time the couple has gone off on a family retreat in Montana. As recently as December the famous exes took their children and close relatives and friends there for a skiing holiday.

Ten year old Violet Affleck, 7 year old Seraphina Affleck and 3 year baby Samuel Affleck are the main focus of the couple and this forced intimacy has made them an even more tight knit group. Garner has decided to turn a blind eye to reports of different ladies in Affleck’s life since last summer.

On Friday, February 12 the Ben Affleck and Jennifer Garner family was seen boarding a private jet bound for a picturesque ski resort Big Sky in Montana. The family is renting the same condo they used on their last visit showing the couple is more than ready to rekindle the fires of happier times.

Ben Affleck no longer looks tense and stressed in the company of Garner as he was this past summer.

Garner herself is also looking rosy in shots with her and Seraphina Affleck when they were all seen before heading over to Montana. While Seraphina’s baby brother Samuel Affleck and older sister Violet Affleck were also in attendance, there was no sign of their dad.

According to People sources close to the Ben and Jennifer describe the pair as being in a better place where they are able to move on and possibly move back together since the time the couple split. The couple’s decision to continue sharing the family home for the sake of their children has no doubt led to a lot of sexual tension.

Sources close to the couple say “Ben and Jen will continue to work and live together for the sake of their children” and do whatever it takes to keep the kids oblivious.

Ben and Jen announced that they were beginning divorce proceedings back in June 2015 after their 10 years long relationship. Afterward Affleck moved into the property’s guesthouse out of respect for his soon to be ex-wife.

Both are leading busy lives as Garner was just named as a presenter for the Oscars to be held in February.