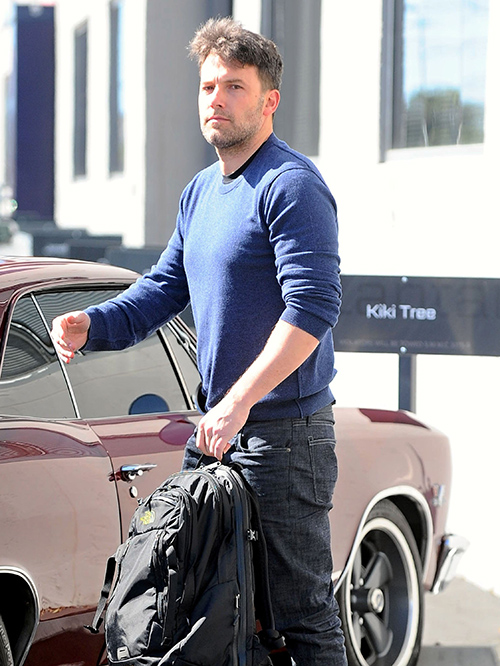 Are Ben Affleck and Jennifer Garner getting a divorce? It has been months since Jen and Ben confirmed that they had split and their marriage was over, and then the cheating nanny scandal (Christine Ouzounian) took the media by storm. However, the actors STILL have not officially divorced and are spending a lot of time together with their three children.

Ben Affleck was caught by the paparazzi in Santa Monica, California on February 18th – and the usually angry looking celeb was smiling from ear to ear, and basically on cloud 9. So, what had Ben Affleck in such a great mood? He had just returned from a weekend getaway in Montana with his estranged wife, Jennifer Garner, and their pals Tom Brady and Gisele Bundchen.

Ben and Jennifer Garner have both insisted that they are simply trying to be mature and remain in good terms for the children (Seraphina, Samuel, and Violet). But do they really need to spend romantic getaways at rural ranches in Montana “for the children?”

The kids could care less how many boxes of chocolate Ben Affleck got their mom Jen for Valentine’s Day – they just want to live in a peaceful world where their parents aren’t screaming at each other 24/7. If Ben and Jennifer Garner honestly think that they are spending all of this time together “for the children” – then they are in complete denial.

A recent report from People Magazine insists that the reason Jennifer Garner hasn’t filed her divorce papers yet is because she has been too busy “finding herself” after the split from Ben. How is she “finding herself” if she is not by herself, and is spending quality time with her estranged husband Ben Affleck?

What do you guys think? IS there still hope for Jennifer Garner and Ben Affleck? Or are they just delaying the inevitable and still planning on getting a divorce? Let us know what you think in the comments below!