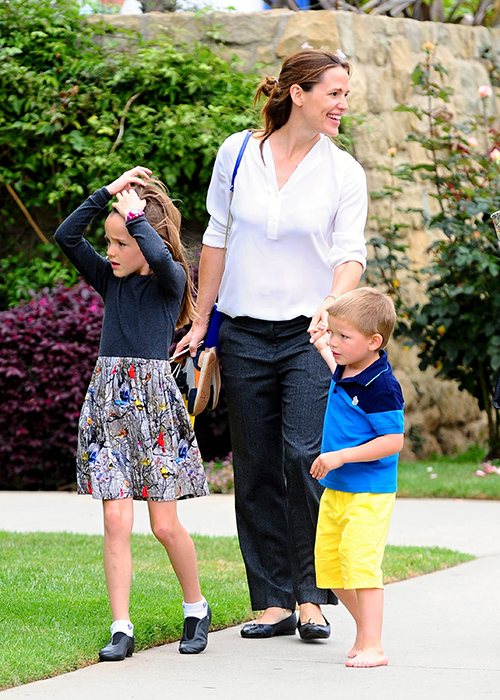 In public, it might look like Ben Affleck is trying to make things work with his wife, Jennifer Garner, but that’s not how it is behind closed doors, one insider has revealed. They told Radar that Affleck’s intentions are less than honest and his heart just isn’t in fixing his marriage any longer. He doesn’t have a choice.

And why must he remain married to Jennifer Gardner? He can’t afford to pay her what she’s demanding if they were to divorce, the insider says. Clearly, Ben Affleck is completely thinking of himself and his money. How selfish and so wrong. $75 million isn’t a small sum. And surely, since Jennifer is the mother of their children, she deserves what she’s asking for, if not for herself but for their kids? He could spare to lose some of that money.

The source said: “Now that Jen’s deal is on the table, he’s beginning to realize she’s going to leave him flat broke and there’s nothing he can do about it.” We should probably feel bad for Ben Affleck, but playing pretend to keep your wife by your side so you won’t lose your money is just plain horrible.

The only option Ben Affleck has so he won’t lose his fortune, the source says, is to attempt to patch things up with Jennifer Gardner. With his history, that won’t be easy. The source says Ben has it tough though because it isn’t all about his money. He really does love their children and genuinely cares about Jennifer. Funny, he’s had an odd way of showing it in the past.

It’s not so easy though for Jennifer either. Ben betrayed her and their vows with his infidelity. And that’s not something she can forgive. The source claims that Jennifer’s bitterness over Ben’s dalliances isn’t helping repair their relationship. Yes, her feelings are entirely justified, but her anger toward him won’t help close the rift between them.

According to the source: Ben “is quite literally banking on her coming around because if she rejects him, he’s going to have to start rebuilding his bank balance from scratch! With his talent, even if things don’t work out between them, we know that Ben Affleck can bounce back from this.